Love Football Not Racism event to be hosted by Dulwich Hamlet

Hamlet are doing their bit to tackle racial discrimination 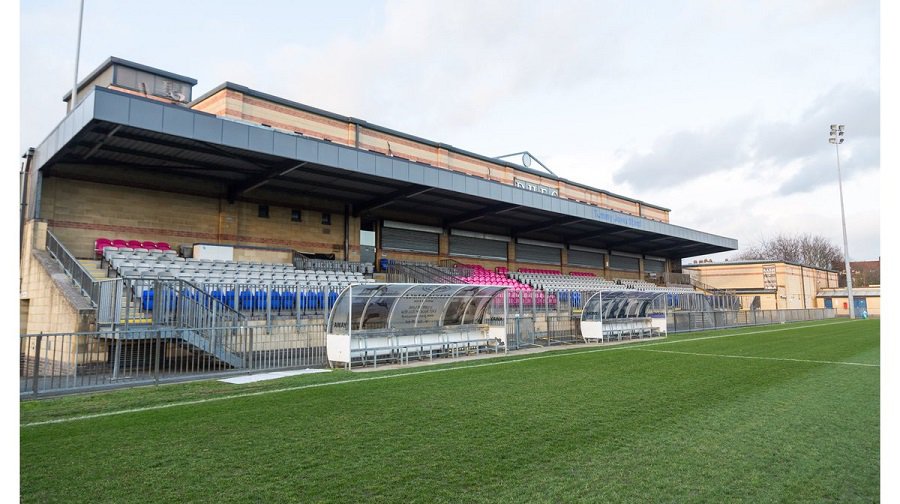 DULWICH HAMLET are hosting a gig night at their Champion Hill ground this weekend in support of a new Love Football Hate Racism initiative, aimed at bringing football fans together in opposition to racial discrimination.

The night, organised in partnership with the Love Music Hate Racism scheme – and creatively renamed for Hamlet purposes – and Fans for Diversity will take place on Friday, March 8. Live music will be provided by The Estimators and DJ Cello.

Speakers will include Paul Canoville, who was Chelsea’s first black player, Anwar Uddin, the first British-Asian professional player and professional coach in the UK, Leon Mann, a renowned sports presenter turned race activist in sport, and Tracey Brown, who is part of Chelsea Pride, an LGBT supporters group.

Dulwich Hamlet fan David Rodgers helped pair his beloved club with the campaign. He said the club did not hesitate to take him up on the idea when he suggested it.

Canoville overcame homelessness as a youth to sign for Chelsea in 1981. However, he was subject to horrific abuse during his time at Stamford Bridge and beyond.

In a line from his award-winning autobiography, Canoville offers a snapshot into his experience.

“I hardly dared look around. They were right behind me. I snatched a glimpse. They were all wearing blue shirts and scarves – Chelsea fans, my side’s fans, faces screwed with pure hatred and anger, all directed at me…I felt physically sick. I was absolutely terrified.”

After some successful periods at Chelsea and Reading, Canoville was forced to retire at just 24 following a succession of injuries. It left him destitute and his life and health quickly spiralled. By 2005 he had twice been to rehab for crack cocaine addiction ad twice beaten cancer.

He has since revitalised his life working with disabled children and as a motivational speaker on issues of race alongside releasing his autobiography, which won the Best Autobiography accolade in the 2009 British Sports Book Awards.

Uddin also had a successful playing career after coming through the ranks at West Ham. Uddin now represents Fans for Diversity and said of the event on Friday: “There is so much great work being done by football fans across the country who are working towards positive change. It’s great that the Fans for Diversity campaign can highlight and support this activity.”

The event is open to fans from all clubs, who are encouraged to wear their team’s colours to show a united face against racial discrimination that transcends club rivalries.

Zak Cochrane from organisers Love Music Hate Racism said: “Football and music share a lot in common, they both have a tremendous unifying potential – an ability to bring people from all walks of life together. But it’s not automatic that this will happen.

“That is why it is so important that there are events like this gig which is bringing together football and music lovers against racism and division.”

Rodgers added: “With Dulwich Hamlet having spent the last few seasons engaging in a lot of anti-racism initiatives, we’re pleased that that the campaign is coming to the club as we feel it’d be a fantastic fit with our ethos, and it should be a great day out for all our fans and fans from other clubs.”

The event kicks off at 7pm and tickets cost £8 through eventbrite.co.uk.