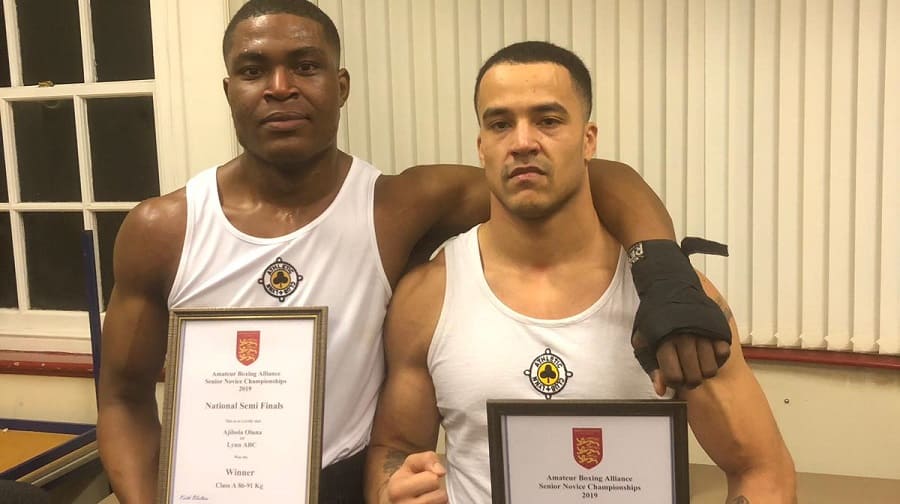 Lynn ABC have two fighters gearing up for the Alliance Class A National Finals this Sunday after two third-round stoppages last weekend.

Nathan Angel was boxing in the cruiserweight division against Richard Bio from St Albans ABC. Angel put in his best performance to date as he used his boxing skills to wear down his opponent where in previous bouts he has always had a brawl.

He stopped his opponent inside the distance.

Ajibola Oluna faced a heavyweight clash against Martin Herdman from Camberley ABC. Oluna boxed with class from the first round making his opponent miss and then making him pay.

In the third round Herdman was given a standing eight count. His coaches then told Oluna to put the pressure on his opponent and he followed the instructions as the bout was stopped in the third round.

Coach Terry Pearson said: “I could not be any prouder of both men. The improvement they have both made from last season is amazing and this is credit to their hard work and also the hard work from our coaching team.”

The finals will take place in Walthamstow on Sunday, December 8.