The pair were praised for their performances 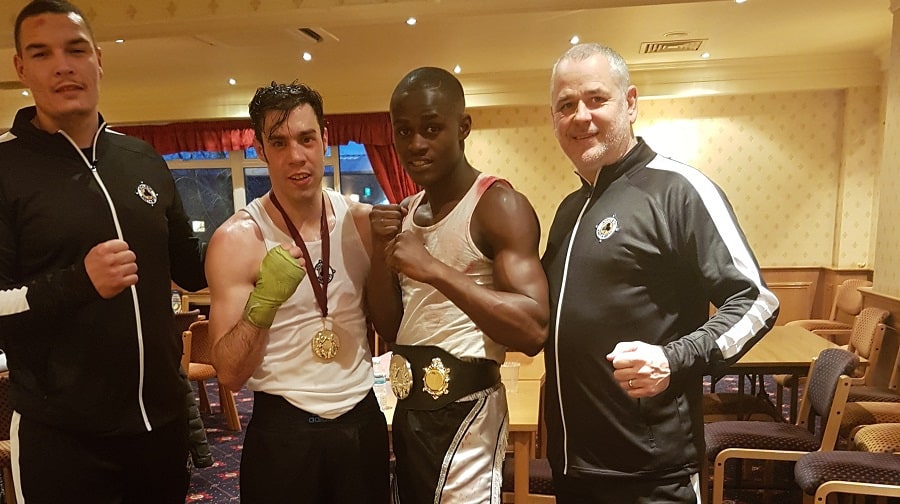 LYNN ABC had two boxers fighting for the Alliance Challenge belts last weekend – with coach Terry Pearson saying he “couldn’t be any prouder” of both competitors.

Jacob Koutouan challenged for the 71kg belt and Miguel Aguilera for the 67kg strab.

Koutouan secured a unanimous points win over a fighter from Barnstable ABC.

Pearson said: “This was a great win for Jacob in only his thirteenth bout while his opponent was taking part in his 53rd. His opponent never took a backward step forcing Jacob to box on the back foot but his counter-boxing skills where just too good and he constantly landed with single counters and combinations to get himself the win.”

Aguilera lost his contest against a Ruislip ABC fighter. Pearson added: “We knew this would be tough bout as his opponent had a great record on paper but we believed Miguel had what it took to beat him.

“And in the first round that looked the case as Miguel went on the front foot throwing lots of combinations and taking the round. But after that his opponent upped his work rate and took the bout on points.

“I couldn’t be any prouder of both boxers as they both gave it their all.”