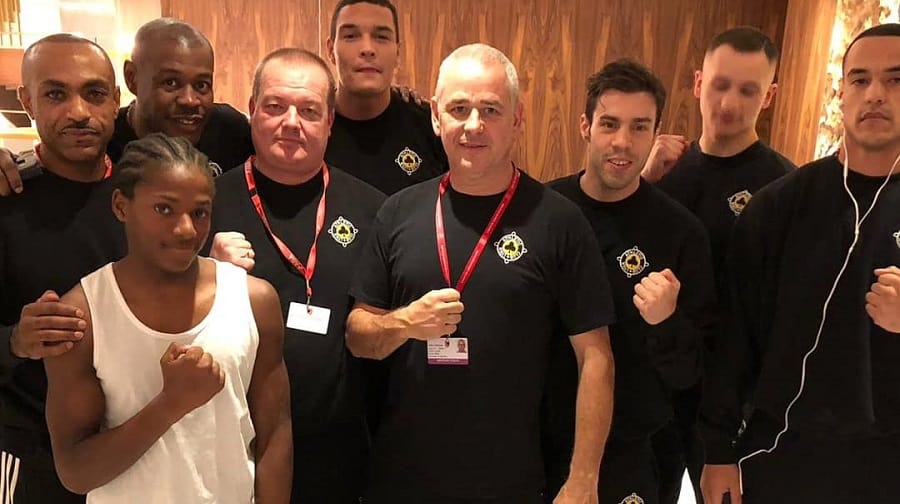 Coach Terry Pearson, centre, and some of his Lynn fighters before the suspension of boxing competitions

LYNN ABC coach Terry Pearson said he was “so pleased” after his fighters registered a number of wins after their recent annual dinner show.

Next up were four of Lynn’s senior boxers, and two wins and two losses. Charlie Wincott and Miguel Aguilera both lost on points in closely fought contests. Nathon Angel won a unanimous points decision over Max Noppens from Epsom & Ewell and Jacob Koutouan won a majority decision against Swanley ABC’s Mark Bridger who was last year’s Alliance ABA finalist.

Pearson said: “This was probably the bout of the night. Jacob put on a great boxing display against a much more experienced opponent.

“I was so pleased with all our boxers on the night, they all boxed to instruction and showed great skill and really did put on a great show.

Cyrus, Miguel, Jacob and Nathon will all be taking part in the Alliance Novice Championships later this month, while Charlie will be having a return contest against his opponent Tosin Olalekan from Fitzroy Lodge ABC on the October 18.