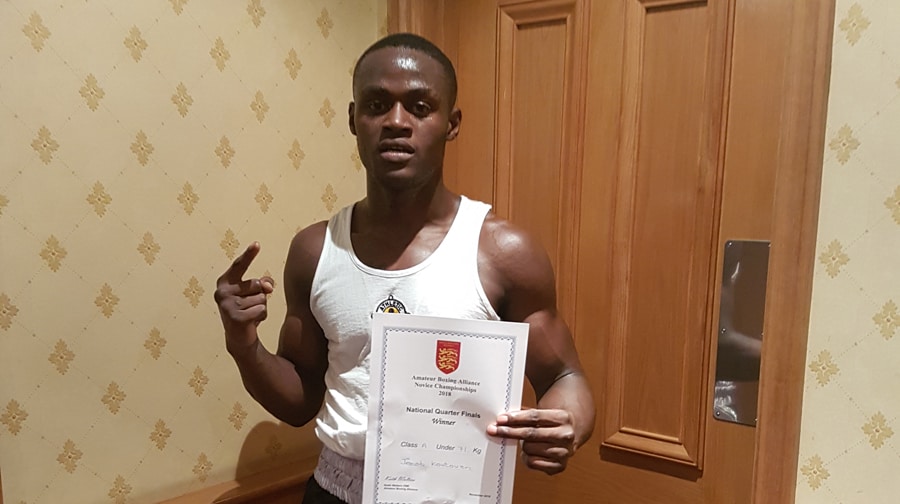 LYNN ABC were in action in the quarter-finals of the Alliance Novice Championships last Sunday.

Coach Terry Pearson was pleased with his fighter. “He cruised through each round, not really getting out of first gear. We know he has so much more in the locker which we hope he will show in next week’s semi-finals.”

He will be joined in the semi-finals by three more club-mates. Nathan Angle’s opponent pulled out on the day of their scheduled 86kg bout. Miguel Aguilera (63.5kg) and Ajibola Oluwo (91kg) both received walkovers.

In the junior competition, Cyrus Donaldson (50kg) has a straight final on November 17.