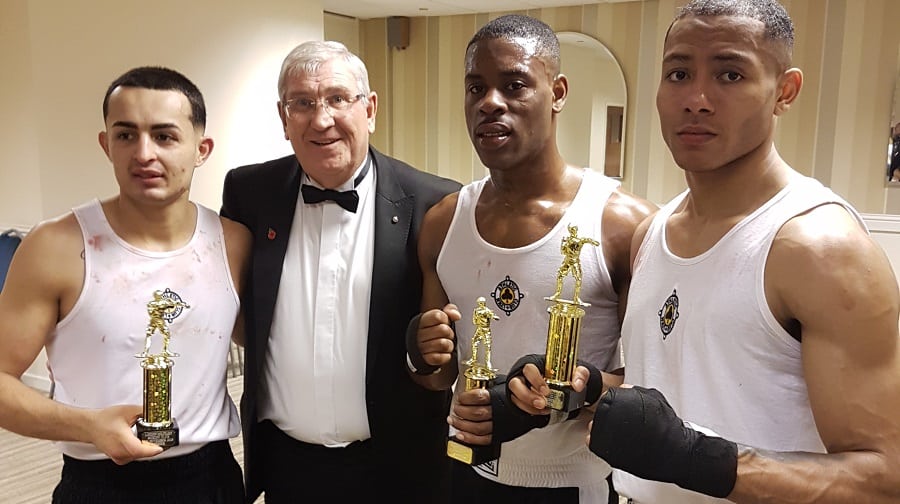 Last up was Aji Oluwo (91kg) who won a split points decision over Aaron Docherty of Stonehouse ABC.

Coach Terry Pearson said: “I was so pleased with all our boxers’ performances. They really all did  step up to the plate when it counted  and I want to see that type of performance from everyone at this Sunday’s finals, where they will be joined by our junior boxer Cyrus Donaldson in the 50kg category.”

In other club news, three senior boxers all made their debuts last Friday night at the London Military show. Brayon Rios, Larry Brakara and Andre Skinner all came away with wins, with the latter winning with a second-round stoppage.