“It’s got harder and I’m not getting any younger!” he said. 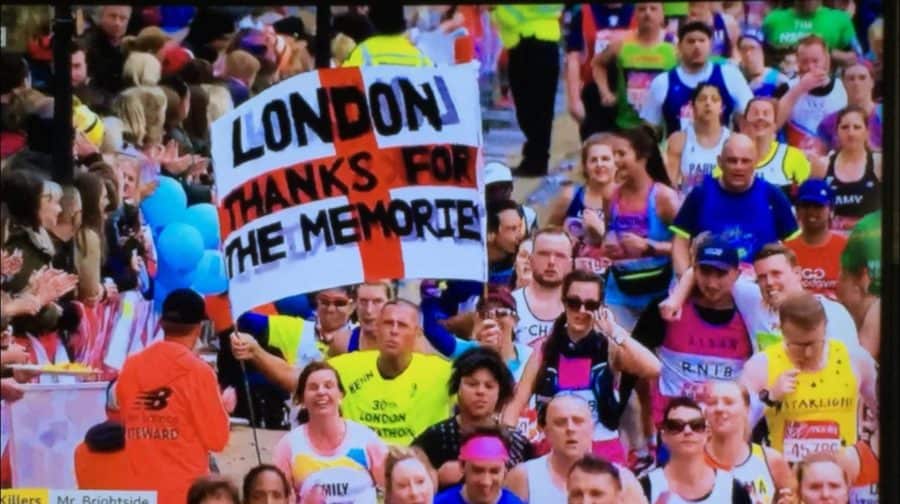 Kevin, running his 30th and final marathon, holding up the flag

This year he ran for young Millwall fan, Harvey Brown, whose family he had met at the Den, and the MPS Society.

“It’s got harder and I’m not getting any younger!” he said. Kevin celebrates with his medal but admits “it’s gotten harder”

Harvey and family were at the sidelines cheering him on. “I saw them outside Bermondsey tube when I was running past and they shouted to me. I saw them later and I went over to give him a kiss and cuddle – it was pretty emotional really,” he told the News.

READ MORE: Bermondsey man to hang up trainers after running his thirtieth marathon for Harvey Brown