The Kennington club made the announcement on Saturday 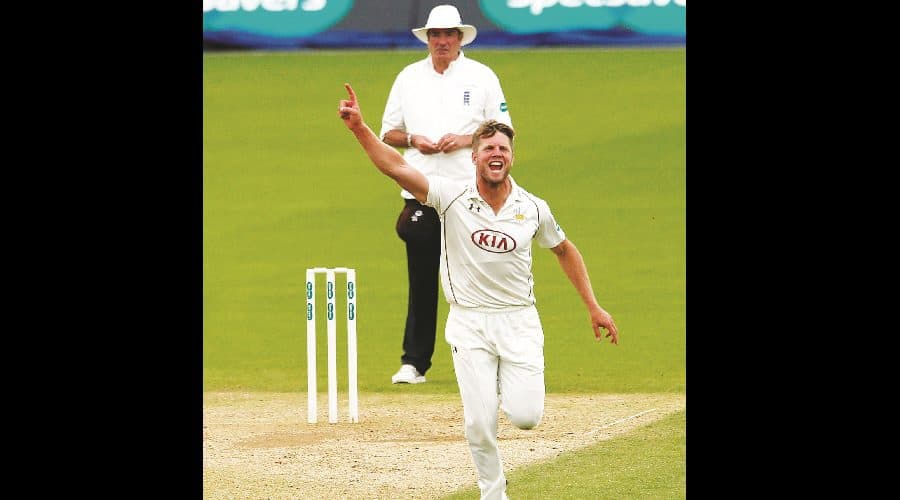 The Kennington club announced on Saturday that the 27-year-old, who made his début for the club in 2008, will now remain at the Kia Oval until at least the end of the 2018 season.

This season Meaker has taken fourteen wickets in the three Specsavers County Championship games he has played.

His game time has been limited recently due to injury, but his form before that brought him to the attention of the international selectors.

Surrey CCC Director of Cricket Alec Stewart said: “The last eighteen months have been difficult for Stuart but he has returned to the side in recent weeks and shown us what he’s capable of.

“He is committed to performing for Surrey and I am very happy that he has signed this new contract.“

Meaker added: “I am very happy to have signed a new contract. It has been a tough couple of years for me with injuries but I have worked really hard for this contract and I am delighted to get it.

“It means a lot to me to play my cricket for a great club like Surrey. I’ve grown up through the system and I am glad I have another two years at the club. I really feel my best years as a bowler are still to come“.

For the latest news regarding the club visit www.kia­oval.com