Menace boss discusses her pride in her Peckham roots, overcoming prejudices to get to the top – and MS diagnosis 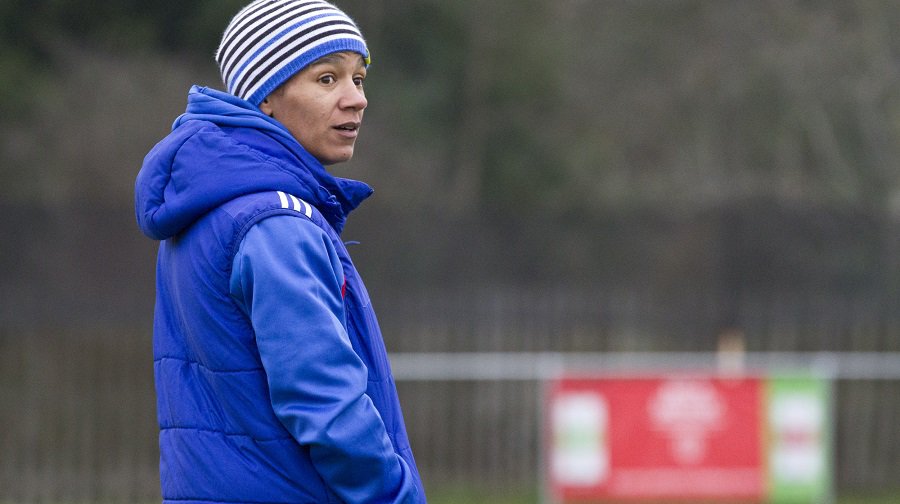 Mary Phillip has opened up on growing up in Peckham, juggling a football career with raising two sons – and her battle with multiple sclerosis.

Current Peckham Town men’s boss Phillip fought her way to the very top of the game, before one of her proudest achievements when she became the first black female captain of England.

She won multiple domestic titles after starting her career with Millwall Lionesses before moving on to Fulham and Arsenal.

It was where she was raised, and all the prejudices she had to confront, that formed her character.

“I’m Peckham born-and-bred, every part of me. It was great growing up in Peckham, I love the atmosphere, I love the people,” Phillip said.

“I love the ups and downs of the place, the diversity, the different ways it has grown and I’ve been there for all of it.

“I grew up in the central part of Peckham. Everyone knows you, I couldn’t walk five metres without someone saying, ‘that’s the Phillips’ daughter’. Everyone knew me, I couldn’t get into trouble because it would go back home. Everybody knew everybody.

“Rio Ferdinand was a stone’s throw away from me. He lived there, I lived here. The difference being he was male, I was female and female footballers didn’t make it back then.

“I played with my brothers and my sisters in our estate and it just grew from there. I played football in primary school, solely down to the dinner lady taking the ball from the boys and saying, ‘the girls are playing football today, you’re not playing’.

“From then on the boys just let us go and play. Me and one other girl continued to play throughout primary school.

“I think [her determination] came from being told, ‘little girls shouldn’t be doing this, shouldn’t be climbing trees…’ All little things like that.

“And I was like, ‘I want to do these things, I want to play with my brothers, ride my bike, jump off walls, get my clothes dirty and go back home’.

“Constantly being told what girls can’t do, and knowing that I had a passion [for football] and I wanted be involved in that kinda stuff, just fed my hunger and gave me that desire to show people that I can do this.”

Phillip, 43, won 68 caps for England after having her first son when she was eighteen and her second when she was 22. But she made it work, even bringing them to gym sessions.

“I didn’t feel that was my only option. I thought to myself, if I wanted to do football, I still could, as long as I made this child a part of my life…it worked for me. Everything I did, my child was near me.

“It’s different for women compared to men. We’re not fed by money, the incentive of money. It was a pure passion for the game.

“Football was what I wanted to do so to be able to go to the highest level and play against the best of the best, it was the cherry on the cake.

“Looking back, we opened the doors for the women who are playing now to achieve what they are achieving.” 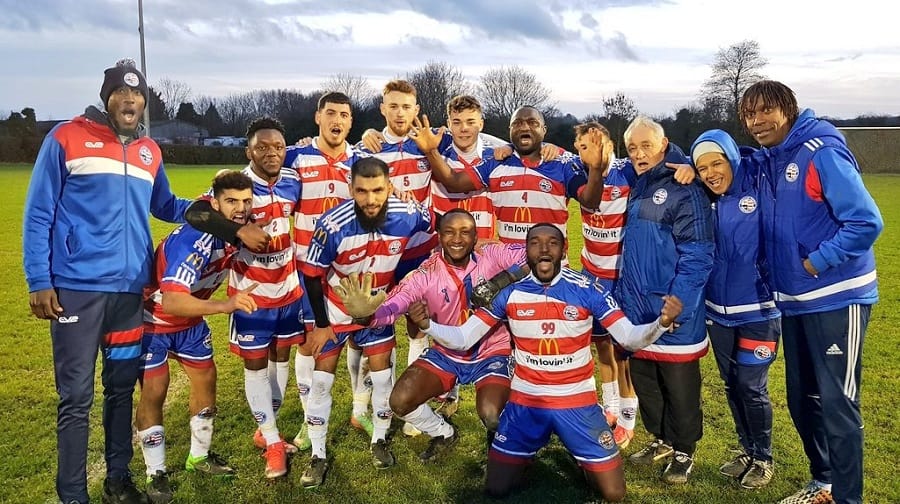 Mary Phillip, second from right, with Peckham staff and players

She believes that being the first black captain of the England women’s team can show her family there are no barriers to what they want to do in life.

Phillip said: “I did a good enough job to be given the armband back several times over. It makes me feel proud of my achievement, the fact that I didn’t give up my dream of being a footballer after being told I wasn’t going to achieve it.

“I had my first son at eighteen, my second son at 22 and people were saying, ‘you’re not going to play for England again’. But in 2003 I not only played for England but got the captain’s armband.

“I’ve just become a grandmother. I said to my son your daughter is going to grow up and she can’t say, ‘dad, I can’t do this’, because he can say, ‘your nan did it, she became the first black England female captain’.

“I’m of mixed parentage. Credit to my parents. I wouldn’t look at you as colour, I wouldn’t walk down the street and see someone as colour. Everyone is a person and everyone has their own abilities. That’s how I was brought up.

“I used to tell my sons you can achieve whatever you want to achieve but you’ve got two fights on your hands. They used to look at me funny. I said, one, you’re male and, secondly, you’re black. Being black males isn’t going to be easy for you. People are going to see you as being black first, so you’ve got to recognise that.

“And being men out there is not easy. They were things my parents didn’t have to tell me because they were different eras. From the age of eleven my sons were stopped and searched and it got to the point where it was too much and I had to go to the police station.

“They were being stopped going to their auntie’s house. Not until I complained did they stop, but they shouldn’t have been happening as frequently as they were by the same person all the time.”

Phillip was diagnosed with MS in 2017. But she is determined not to let it control her. She led Peckham to victory in the London Senior Trophy last September.

And she completed her A Licence, the fourth badge of five in the UEFA coaching structure.

“It was tricky. I can safely say it blew me out of the water,” Phillip admitted. “I had an international career, a very active lifestyle, I’d have a bit of pins and needles or vertigo but in 2017 I ended up being hospitalised by it for a couple of weeks and in that period of time finding out I had MS.

“Throughout my lifetime, this is something that has been going on, but I’ve been putting my illnesses to the side and thought it was something I was going to get over. I did each time, but in 2017 it took me for six and I lost the complete [sensation] on my right side.

“I’ve got recovering MS so it will come and go. I’ve got no control over when it comes or goes, but I take control of myself. While I’m in control I need to take every step that’s available to me.

“Making sure I got my A Licence was a big step.

“And my kids will know their mum never gave up because something got in her way. She got an illness – but it didn’t stop her.”

The FA has partnered with Refresh Productions and Facebook to create a new video content series exploring the experiences of black players who have represented England.

This interview with Mary Phillip was from the fourth episode of Black, England and Proud: https://www.facebook.com/EnglandTeam/videos/442232283629577

Southwark NewsSportMenace boss discusses her pride in her Peckham roots, overcoming prejudices to get to the top – and MS diagnosis