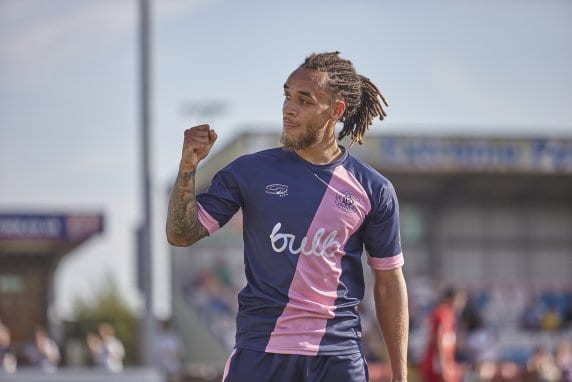 Reise Allassani scored on his return to Dulwich Hamlet and Danny Mills hit his second brace in a week as Gavin Rose’s side won 3-0 at Eastbourne Borough to move up to second in the National League South table.

Allassani re-joined the Hamlet from Coventry on loan until January and was on the bench.

Dulwich goalkeeper Ashley Maynard-Brewer made an excellent early save to deny Charlie Walker before the visitors took the lead in the 28th minute when Mills headed home Aaron Barnes’s cross.

Eight minutes later Mills had his fourth goal in two games and it was another header, this time from Nyren Clunis’ pin-point delivery from out wide.

Dulwich withstood some early pressure in the second half but regained control of the game and then in injury-time Allassani’s moment came when he sealed a counter-attack with a neat finish.

The Hamlet are two points behind Wealdstone at the top of the table. Rose’s side host Slough Town at Champion Hill on Bank Holiday Monday. Kick-off is 3pm.