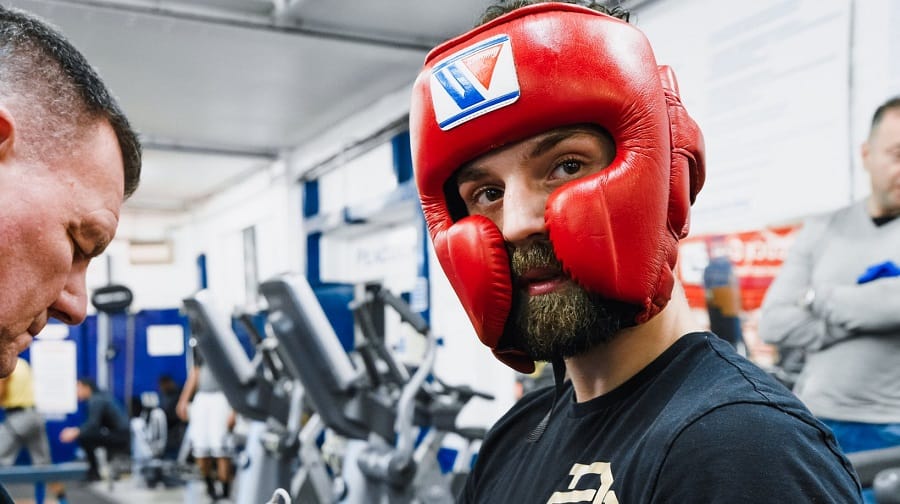 Chris Bourke trains out of the Peacock Gym in Canning Town

Streatham’s Chris Bourke shrugged off the nerves to extend his perfect professional record with a points’ win over Jose Hernandez at York Hall in Bethnal Green last weekend.

South London super-bantamweight Bourke, a former Team GB fighter, was first on at 4pm on the Sunny Edwards-headlined show.

“I was a bit worried when they said I was opening because I thought it would be empty when I came out,” Bourke told ringnews24.com.

“I can’t thank my family, friends and supporters enough for getting in there early, it was easily the best atmosphere I have boxed in.

“It might have been the first fight but it was one of the loudest all night, I really can’t thank everyone enough.

“In the end I loved being on first because I did the business, had a great atmosphere and then was able to sit and enjoy the rest of the show. The Streatham boxer at The Den

“I thought I boxed really well. I threw combinations to the head and body that were landing and I was catching him all night long with my jab.

“I was wary of the right hand, I was told before that he would just look to throw that so I knew I had to stick to my boxing.

“There’s always stuff I want to work on. I got comfortable in there and let my guard down sometimes, but I didn’t lose a minute of a round so I’m really happy with it all.”