England are on the cusp of reaching their first final since 1966. 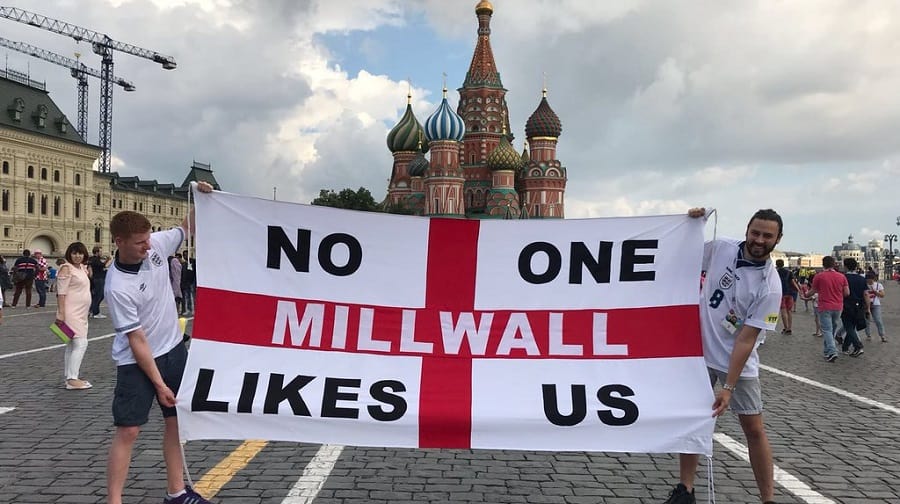 MILLWALL FANS have joined thousands of Three Lions supporters in the pilgrimage to Moscow ahead of England’s World Cup semi-final showdown with Croatia tonight.

Lions supporters, including former Millwall striker Gary Alexander, scrambled to book flights and secure tickets ahead of the game, as England try to reach the World Cup final for the first time since 1966.

Supporters have been pouring into Red Square in Moscow as excitement and tension builds before the 7pm English time, 9pm local time kick-off, England’s first World Cup semi-final in 28 years.

Off to Russia tomorrow. Taxi arriving at 4:45am. Setting my alarm for 2am. Press ups. Sit ups. Burpees. Will then wake my dad up. Ask him to punch my stomach repeatedly. Hopefully won’t feel a thing and will be on my way. Come on England! X Left to right: Sam, Caley, Dillon and Gary before flying out to Moscow.