Phillips: 'It's a shame that we have had to move out of the area' 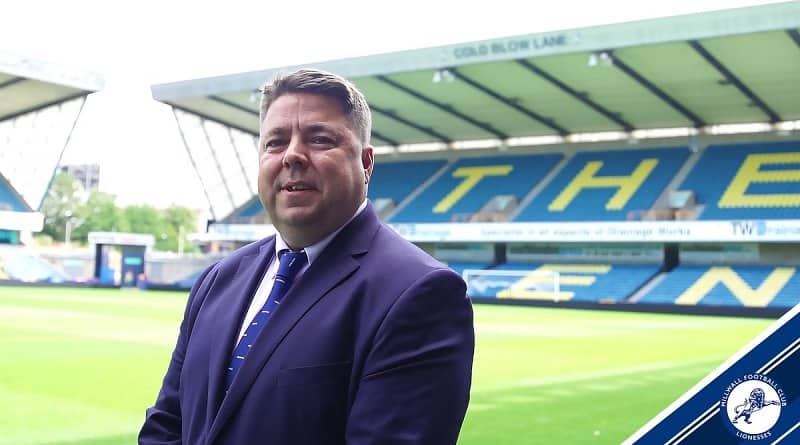 MILLWALL LIONESSES are leaving Rotherhithe with a “heavy heart” – but it is “the right decision”.

That’s according to new first-team manager Chris Phillips, after the announcement last week that they will be playing their home fixtures at Dartford’s Princes Park this season.

The Lionesses will be leaving behind their artificial 4G pitch at St Paul’s Sports Ground to play at a stadium that boasts a grass pitch and a capacity of 4,100. They will play their first game at their new home against Lewes FC Women on September 9.

The move to Princes Park also brings a new sporting partnership with Places Leisure in Dartford for the Lionesses. The partnership will see first team-players granted free access to Fairfield Leisure Centre facilities to carry out their strength and conditioning programmes.

Lionesses director of football Pedro Martinez Losa explained the reasons for the move in a club statement.

He said: “We aim to become the best club in London for providing sport and education to girls and women. That desire to be the best extends to developing young players and producing England players by giving them the opportunity to play for the first team.

“In order to complete these objectives, we think we need to provide our players and our fans with the best match experience possible, including easy access to parking, dressing room facilities and, importantly, the highest possible standards in terms of a playing surface where our players can produce a brand of football which will be attractive and identifiable.”

Phillips added: “It’s a shame that we have had to move out of the area, it really is.  It’s with a heavy heart that we have done it but we are having to make decisions now that are for the best for the football club. Moving to Princes Park was the right decision for us. They [Dartford] have excellent facilities including parking, newly-refurbished dressing rooms and are in a great location just off the M25 so that families and fans can come and watch us.

“I’m old-school, I think football should be played on grass. It’s better for things like injury prevention as well. Obviously, there are advantages playing on artificial pitches, like not worrying what type of weather it is, but for me football should always be on grass.

“The ball acts differently on artificial surfaces than on grass but the pitch at Princes Park is fantastic. So, if we want to play that ball on the deck, we’re going to get a good roll on the surface and we’re going to be able to move the ball around. That’s what we want to do.”

Phillips is an ex-Arsenal Ladies coach and followed his colleague Martinez Losa to southeast London to take up the role with the Lionesses after the previous manager, Lee Burch, left to join Yeovil Town Ladies in WSL 1 at the end of last season.

Reflecting on his first month in charge, Phillips said: “I have got to say, I have fallen in love with the club already. The people here have been fantastic, the support we are getting from the men’s club is brilliant. Everyone was so welcoming and I am thoroughly enjoying my time with Millwall so far.”