The Lionesses gave debuts to a number of summer signings. 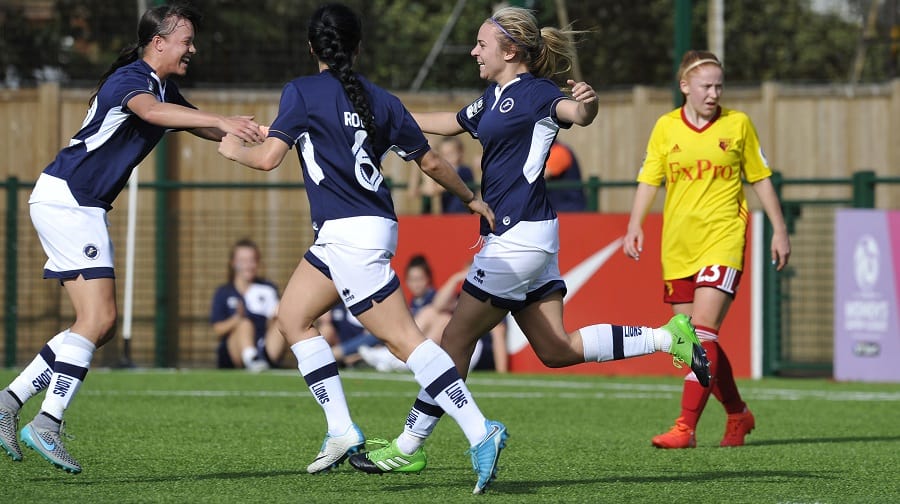 Charlton striker Kit Graham opened the scoring for the hosts in the tenth minute when her 20-yard effort beat goalkeeper Grace Taylor.

Gabby Ravenscroft levelled for the Lionesses with a left-footed strike from outside the box. The striker also played an integral role in Millwall’s second goal as she took the ball around Charlton’s goalkeeper and squared it to her strike partner, Evie Clarke, who slotted home from six yards.

Millwall’s hard work was undone after a slow start in the second half as Graham scored her second to equalise for the hosts.

Graham again proved a handful for Millwall’s defence when she broke down the right wing and after some clever footwork squared it to Ellie Bailes who found the far corner.

Charlton then sealed victory when Gemma Bryan was put through on goal before she cut back inside and then fired home to make it 4-2.

“I saw good energy from my team. I felt the times that they got the ball down and played they moved it quickly, and that’s what we are going to try and do more,” first-team boss Phillips said.

“It was the first experience of first-team football for a lot of them so they will have picked up a lot of learning experiences from this. This group has only had four or five weeks to gel and came up against a really physical side. We learned a lot things and we will come back [Monday] and start training ahead of our next match in two weeks’ time [against Lewes].”

Phillips was delighted both his strikers got off the mark so early in the season.

He said: “Gabby’s was a great goal, especially with her left foot, she will be happy with that one. For Evie’s, a few of the girls thought that Gabby was shooting but she 100 per cent tells me that she saw Evie free and assisted her goal. I’m as pleased as punch for the both of them”

Ravenscroft recently signed from Arsenal Ladies after finishing last season as the Development League’s top scorer. She added: “I’m buzzing to start the season off with a goal and happy to give Evie an assist for hers.

“I think as a team we are fit and, when we are in possession, we showed that we can move the ball quickly.

“But I think we need to be a bit more physical.

“I think some of the girls thought the game was won [at half-time], we switched off and lost the ball in stupid areas.

“As a team, we’ll recover well and we’ll go straight back into it a couple of weeks and show what we are about.”