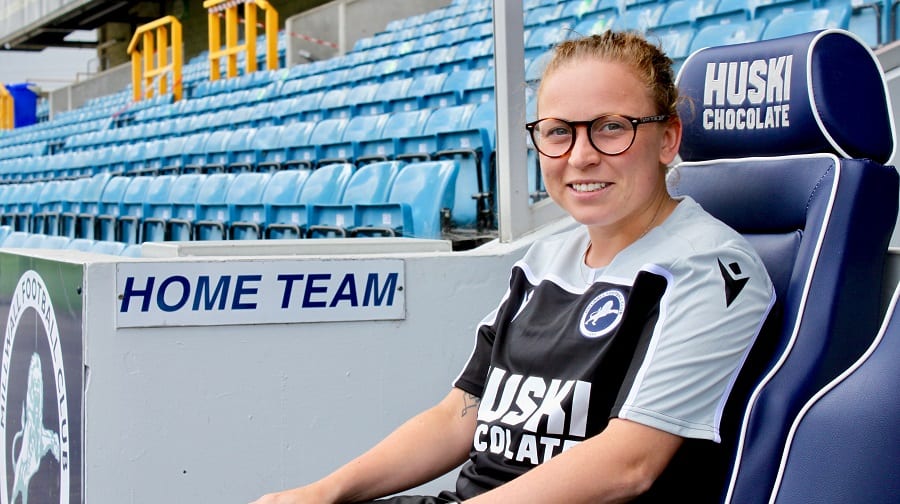 Katie Whitmore is “thrilled” to join the “historic and admired” Millwall Lionesses as she was confirmed as their new manager this week for the 2020-21 Eastern Region Women’s Football League Division One South season.

Whitmore, who takes over from Colin Reid, joins the Lionesses with a wealth of experience. She successfully achieved her UEFA B Licence and coached at clubs such as Maidstone Magpies and Castle Colts, as well as spending time in both Chicago and Detroit helping to grow the women’s game in the United States.

Whitmore has also worked closely with Natalie Curtis, who is the Football Development Officer for women’s and girls’ football at the Kent FA, and is already familiar with Millwall Football Club, as she previously featured as a player for Millwall Lionesses at youth level and currently has the role of Designated Safeguarding Officer for the Millwall Community Trust, Academy and the club itself.

“I am absolutely over the moon to have been given the opportunity of First Team Manager at such a prestigious football club, and I cannot wait to get started.” Whitmore said.

“After working with Sam Fisher, who was my coach during my time at Leyton Orient, I knew I wanted to get into coaching and one day hopefully be seen as a positive influence on young players’ careers, just like Sam was with me.

“To be able to do this with a club like the Lionesses is just an incredible feeling.

“Everyone who knows the women’s game knows just how historic and admired the Millwall Lionesses are, and to follow some of the great names of the past is a huge honour.

“I am thrilled to soon be working with such an exciting and hungry bunch of players and we hope to build on last season, where we showed just how much potential we have as a team.”

Millwall Community Trust CEO, Sean Daly, expressed his excitement on Whitmore’s appointment and his desire to see the Lionesses prosper in the forthcoming campaign.

“I am delighted to have appointed Katie as first-team manager and to have such a positive role model for the girls to look up to is just one of the many reasons that she was chosen for the role.

“Under her leadership, guidance and with her philosophy to learn from, this continues to be an exciting journey for all those connected to the Millwall Lionesses.”

Working alongside Whitmore this season will be Nick Farrell, who returns to the club in a combined role of both assistant manager and head of recruitment after coaching in previous seasons with Millwall Lionesses’ youth teams. Speaking of his return, Farrell said: “When the call came to return my services to the Lionesses, there was only one answer. I am a lifelong Millwall fan, like Katie, and the pride I feel representing this team is immense.

“I will work tirelessly to support Katie in her role and ensure that we recruit players who embody what it takes to represent this amazing football club and it’s fans.”

All Millwall Lionesses’ home games will continue to be played at St Paul’s Sports Ground in Rotherhithe – and throughout 2020-21 entry to all fixtures there will be free of charge.