Millwall Lionesses are Leagues Ahead

Players from Millwall Lionesses helped round off the season in the Leagues Ahead tournament by holding a training session and hosting an awards event for the women’s football league. 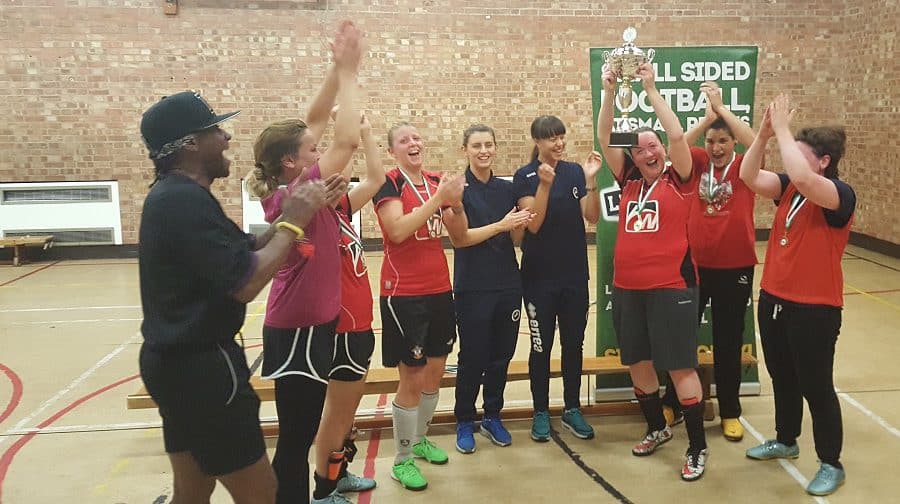 Jordan Butler and Leanne Cowan turned up to pass on their knowledge and advice to the women who have played week in and week out in the league.

The end of season event saw the Miss Kicks club crowned champions whilst Melissa Nathan-Pepple was named player of the season.

Amelia Briaris picking up the golden boot award for being top scorer.

Jordan Butler told the News: “There’s always opportunities, now more than ever. There are always soccer schools in half terms for younger kids, and things like Leagues Ahead going on too.

“It’s a great opportunity or women to socialise, have fun, and do something that they all enjoy.”

“They’ll take absolute beginners, or people who’ve played for a while and then got injured. I felt confident about coming along to the training session.”

The league are looking for teams to take part in a charity 5-a-side tournament on September 25 at the Lions Centre in Bermondsey.

For more information on this and the league visit www.leaguesahead.net.

Southwark NewsSportMillwall Lionesses are Leagues Ahead