The Lionesses took the lead but conceded two second-half goals 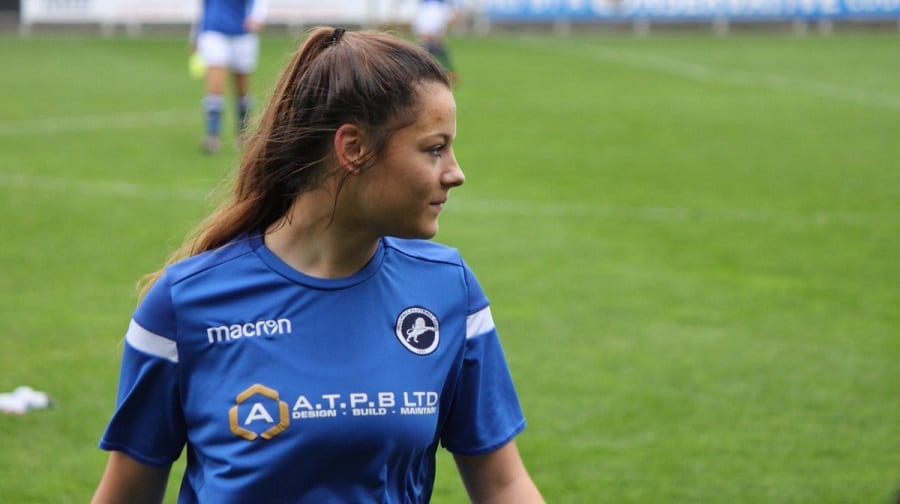 MILLWALL LIONESSES boss Chris Phillips expressed his dissatisfaction with the standard of officiating in women’s football after his side lost a first-half lead to two Leicester City set-pieces to fall to a 2-1 defeat last Sunday.

Millwall took the lead for the first time this season when Beth Lumsden’s free-kick hit the inside of the post and ricocheted into the top corner in the nineteenth minute.

The Foxes fought back after the break and their hard work was rewarded just before the hour mark when midfielder Freya Ayisi was taken down in the box and Rosie Axten converted from twelve yards.

Axten then put Leicester ahead after Millwall defender Beth Powell was penalised for a tackle 35 yards out. Axten took the free-kick, firing the ball off underside of the bar to make it 2-1.

“It was two set-pieces that have hurt us. A penalty, where you always have to favour the attacker, and then a free-kick, which was a worldie,” Phillips said.

“I question whether it was a free-kick but the ref has given it and the girl has put it top bins, so congratulations on a great goal from them

“It is frustrating because this week has been the best week that the girls have trained and I have to give them credit for that. However, on Friday four or five of us came down with the flu including myself.”

Millwall also had players still away on international duty.

Phillips added: “With Lia [Cataldo] and Annie [Rossiter] being away it has left us a little bit short, so we have had to draft in some Development team players to fill the bench.

“I looked at my bench and I would have liked to see Lia and Annie there to bring them on and give us something in the second half.

“They are players who can change games. It is always nice to have your best players available but you have to support the national teams.

“We started the last couple of games well. Beth’s goal was fantastic and it was deserved.

“You hear [England manager] Phil Neville talking about the standard of officiating in women’s football at the moment and I think that has had a big part in [Sunday’s] game and I am frustrated.”

Millwall play Tottenham Hotspur away at 1pm on Sunday. Spurs sit second in the Women’s Championship table with a game in hand on table-toppers Manchester United.

Former Arsenal coach Phillips knows the task his side face, but has is familiar with a number of this weekend’s opponents. “They have a 100 per cent record in the league. However, I built a lot of those players so I know them inside-out. I will be preparing the team and telling them exactly what to look for. We’ll be ready for them.

“As Millwall, we came in at the start of the season and said let’s work out the three main core values of the club. That’s pride, passion and community. I drill it into these girls so the new girls understand what Millwall is about.”

Meanwhile, Lionesses captain Georgie Giddings took the positives from the game as her side still wait for their first win of the season.

“It’s a learning curve for everybody this year and it’s so frustrating that we have conceded from two set-pieces,” Giddings said.

“The girls are young and played well for the other 89 minutes despite the two decisions that went against us.

“We are competing, we’re not getting thumped week-in and week-out. It’s time to push on now and it’s the job of the girls with experience to bring them up to speed.

“The girls are going to come back and these experiences will benefit us.”