Millwall Lionesses prepare for new season with friendly against Arsenal

The friendly will pit the second-division Lionesses against one of the most storied clubs in English women's football. 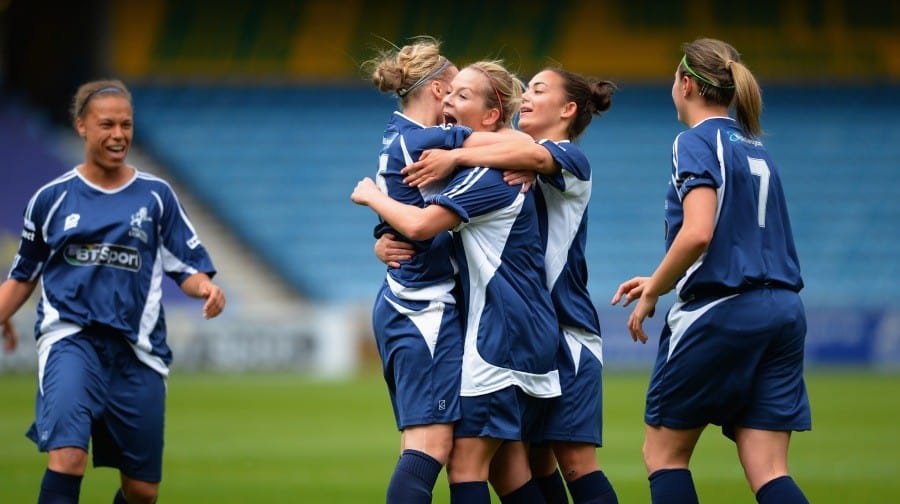 The Lionesses celebrate a goal.

Millwall Lionesses will take on high flying Arsenal this Sunday as they continue their preparations for their second season in the Women’s Super League.

Whilst the Lionesses ply their trade in the second tier of the female game their opponents at the weekend are one of the most successful sides in the game with an illustrious history.

Young Millwall full back Leanne Cowan admitted that facing the Gunners is something that excites her, but also brings with it some trepidation.

She said: “It’s quite scary to match up against someone like Lianne Sanderson. She lives near me and I was lucky enough to meet her after a game, when I was about eight years old, in the cafe on my road.

“She came in and I literally couldn’t speak. My Mum went ‘What is wrong with you?’ and I said ‘That is my idol, she plays for England and she plays for Arsenal’ and that was before she moved over to the States.

“It’s a scary prospect playing against someone like Alex Scott, as well, she’s another of my idols. Knowing you’re playing against people that have played for England is special. I think it will be a good game but I’m a bit nervous about it.”

As well as heroes Cowan will also be lining up against an old friend in the shape of Vyan Sampson. Cowan added: “We played together at school, she’s a very good friend, a very good player and she will go very far in the game.”

The game takes place at Beckenham Town FC on Sunday at 1pm.

To purchase a ticket, or to buy a season ticket for £30 which also gets you entry for the Arsenal game, visit millwall.fawsl.com.