Lions won't be appealing the decision 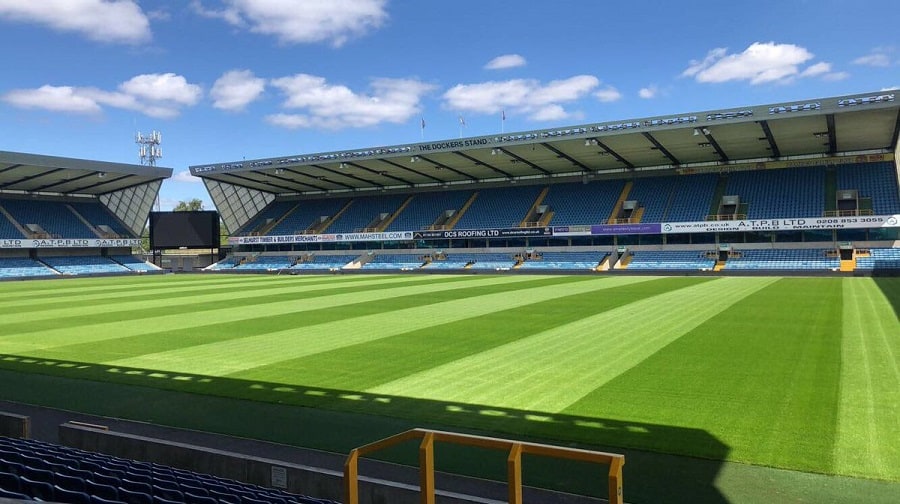 Millwall have issued a statement highlighting their anti-discrimination work after it was confirmed by the Football Association that the club would be fined £10,000 for alleged racist chants by some of their fans.

The Lions have been ordered to carry out an “action plan” by the associations’s independent Regulatory Commission.

The punishment relates to video footage from Millwall’s 3-2 fourth-round FA Cup win over Everton in 2018-19.

“An independent Regulatory Commission has ordered Millwall FC to implement an action plan and fined the club 10,000 pounds,” the FA statement said.

“The Commission found that the club had failed to use all due diligence to ensure its responsibility was discharged under FA Rule E21 in respect of the charge against it for a breach of FA Rule E20.”

The club responded: “Millwall Football Club notes the decision of a regulatory commission to impose on it a fine and action plan following a breach of FA Rule E20 during its FA Cup fixture against Everton at The Den on 26th January 2019.

“The club accepts, as it has done throughout, that there was a clear breach of said regulation during the aforementioned game. Despite that acceptance, and after thoroughly studying the full written reasons for the majority verdict, the club fundamentally disagrees with several elements which have shaped the subsequent sanction against it.

“That said, however, no appeal will be made as the club feels that this will only serve to further an already lengthy legal battle which would in no way assist with its continued aim – nor football’s as a whole – to rid the game of discrimination. The club’s efforts, both logistically and financially, will be better served enhancing its existing measures and initiatives, and this will remain its focus following this disappointing sanction.

“Millwall has a long and proud history of combating discrimination of all kinds both inside its stadium and within its local community. ‘Millwall For All’ – the club’s anti-discrimination body – was set up in 1994 and was the first organisation of its kind at an English football club. In the 25 years since, Millwall For All, Millwall Football Club and the Millwall Community Trust have collectively worked tirelessly to ensure that the club is inclusive, diverse and family-friendly.

“Racism, and discrimination of any sort, is a societal problem. But Millwall Football Club believes that sport, and football specifically, can be a tremendous force for good. Football clubs have a responsibility to serve their local communities and residents. The club takes this responsibility very seriously.

“As such, its strategy is that anyone found guilty of discrimination of any sort at The Den is not just issued with an immediate ban, but also offered the opportunity to attend Millwall For All’s ‘Fan Diversity Scheme’, which aims to educate rather than simply just exclude. Education is key when it comes to dealing with people with unpalatable views and football clubs should be at the forefront of efforts to do so.

“Clubs, however, cannot be expected to combat discriminatory views and behaviour on their own. The work of campaigning bodies like Kick It Out and educational charities such as Show Racism the Red Card continues to be key and their efforts, year after year, should be applauded and supported. The game’s governing bodies need to be leading the fight and working alongside clubs and other organisations in order to oversee an aligned approach. That, despite the public and private calls of the club to do so in recent months, is seemingly not yet the case.

“Following the Everton game the club introduced a range of new anti-discrimination measures, including its ‘Hear Hate? Don’t Hesitate’ campaign, and will continue to assess its initiatives and enhance them accordingly. The ongoing support and efforts of staff and fans alike to assist with eradicating all forms of discrimination from The Den is appreciated by everyone at Millwall.

“The work of all associated with the club, including that of the supporters, has been recognised and commended by The FA during this process and clearly there is a solid platform from which to build and progress.

“The club will also continue to work side-by-side with Kick It Out, Show Racism The Red Card, other clubs, and – it hopes – the governing bodies, in order to ensure that the football industry is as powerful a force for good in society as is possible.