For now, he wants to ‘get on with it’ once allowed to train and hopefully to play from June, even if behind closed doors 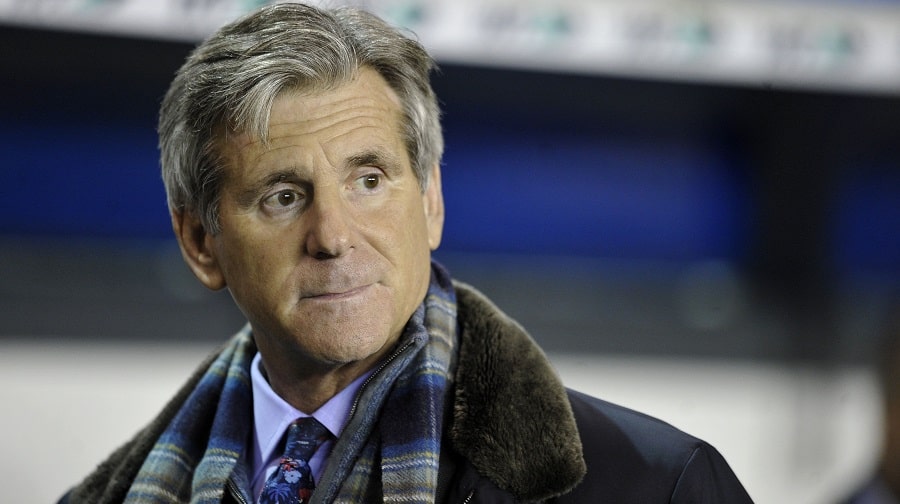 Millwall Chairman John Berylson has revealed he would have liked to sign current manager Gary Rowett eight or nine years ago, and ‘wasn’t going to lose him twice’.

In a question and answer session with fans on the club website, Berylson spoke of his love for Millwall, and said that all his family in the US were now Lions fans, and only wore Millwall club shirts. He relived his first impressions of the club, from the end of 2006, seeing it as ‘a ship that was drifting’, with unstable finances and leadership, with players not knowing who the manager would be from one week to the next.

Within a day or two of taking over Berylson was hit with an unpaid tax bill, and then had to reckon with paying players’ wages, in what was a baptism of fire for the American businessman. Looking back, he now feels there have been improvements year on year, accepting there have also been unavoidable setbacks along the way.

On management, he feels the club have been ‘very fortunate’, with Kenny Jackett as a longterm boss, and Neil Harris in the hotseat for almost five years. ‘I’m not saying that every choice was brilliant, but I think we made some very good choices’ he maintains. And on current boss Rowett he admits: “Quite honestly I would have liked to have hired eight or nine years ago if I had the opportunity, so I wasn’t going to lose him twice.’ He also defended controversial former manager Ian Holloway, nothing that he ‘kept us up in the first year’, before things ‘went awry’ in the following season.

In a wide-ranging session, the Chairman said it was hard to pick a best moment, but recalled the Wembley games with fondness, win or lose, as well as the 85th minute against Bradford, Neil Harris’ hat-trick to come back from 2-0 down to Hartlepool and snatching a 4-4 draw against Charlton nearly a decade ago. And he also praised fans for uniting to prevent a compulsory purchase of the club’s land, noting that the team at Lewisham Council were now working with the club on regeneration plans, rather than against.

‘We’re going to be fine’ he added, saying he was healthy and well, in spite of seeing some close friends pass away during the coronavirus pandemic. Whilst looking forward to his approaching 67th birthday, Berylson’s message to fans – whom he loves to mingle with – is that the plan is still to create a new revenue stream for the club from regeneration – ‘that income’s going to the club’ he vowed, to lower the risk and help build stronger teams.

For now, he wants to ‘get on with it’ once allowed to train and hopefully to play from June, even if behind closed doors. He believes the current side is one of the strongest he’s seen, and feels it’s imperative the last nine games of the season are played – ‘we should be competing in every game’.

‘The quality of players has improved’ he added’. ‘Every day gets better, and our objective is… to keep on improving’.