Captain and vice-captain staying until 2018 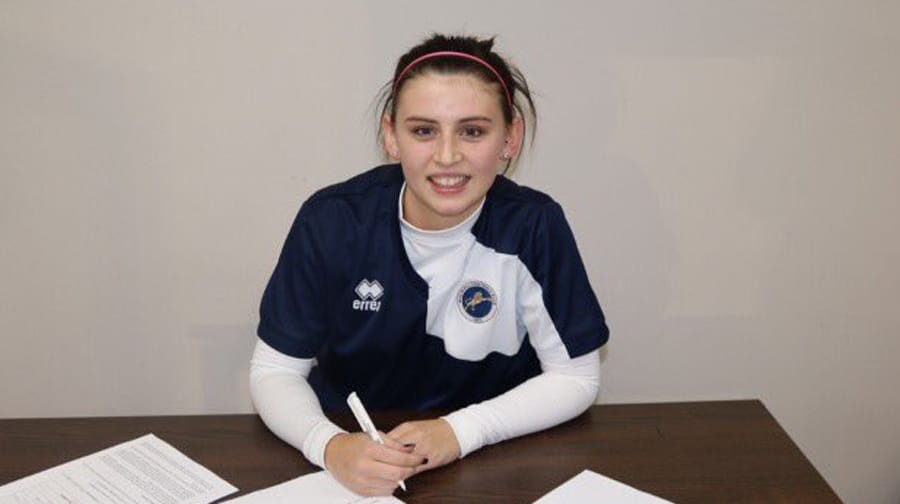 Millwall Lionesses manager Lee Burch said the long-term deals penned by captain and vice-captain Jordan Butler “will be huge for us” ahead of the new season, writes John Kelly…

Hincks and Butler have extended their stays at the club until 2018. Hincks joined Millwall Lionesses in 2015 and scored six goals and got four assists in eighteen appearances last season when she was also appointed club captain.

“Ash has lead the line well scoring important goals and assisting. Since I’ve been at the club she has been excellent not only on the field but off it also,” Burch said.

Butler played eleven times for the club last season after returning from a long-term injury she suffered in the previous campaign.

“Jordan has formed a great partnership with Leighanne Robe at the back and as vice-captain she has shown great leadership both on and off the pitch with the team,” Burch added.

“Securing them long term was also important as it’s going to be a big eighteen months for Women’s Super League clubs and stability will be key for us. I want to keep this group of players together and build on the good end to last season with a better Spring Series, ready for the new winter season.

“Ash and Jordan’s experience and leadership will be huge for us and I’m pleased they have shown commitment to the club.” Millwall play Durham Women FC on February 12.

The plight of young footballers in England effects hundreds of thousands every year, players, relatives, friends, neighbours who after so much training, so much dreaming, so much schooling hardships caused by dedication to football are then released at the young age of 18. All those effected through the years would be captive viewers. Everyone knows someone who has been through this.

Then come their release and shattered dreams. They go to Exit trials and some are selected for their dreams to cross the border to Gibraltar. Here now comes how they adapt to life in a new country, new culture, new language, new football. This, plus showing their training and matches in an established league, the Gibraltar Premier League whose winner goes to the best Championship on earth, The Champions League