As reported last week, the EFL has confirmed that the Championship will resume on June 20th 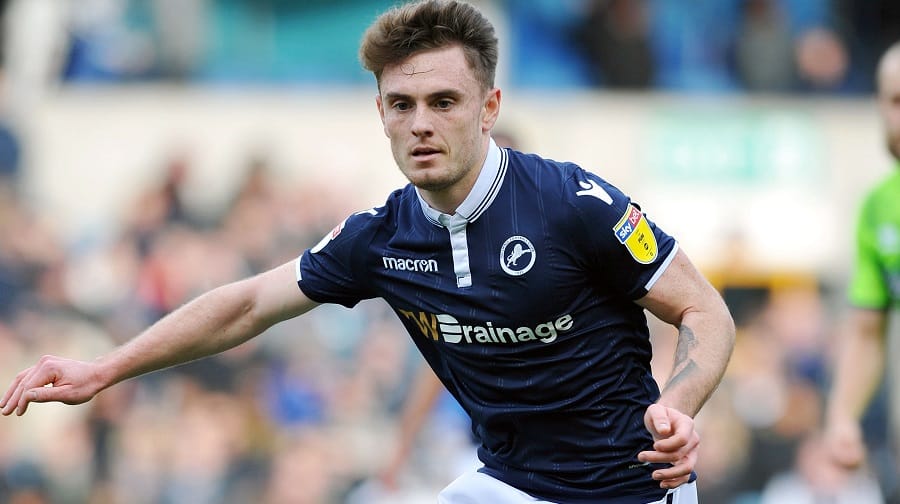 Ben Thompson says the Lions squad is buzzing to get back, with an eye on securing a top six spot as the season gets underway again.

As reported last week, the EFL has confirmed that the Championship will resume on June 20th, with the club now waiting on a fixture schedule, as well as an update on how the behind-closed-doors matches will be made available to fans.

And speaking to the club’s website, the 24-year-old midfielder says that everyone reported back to small group training this week fit and ready to go. ‘Everyone can see it’s a great opportunity for Millwall Football Club’, he said. ‘Everyone’s fit, no-one’s slacked off.’

Undergoing ankle surgery back in December, Thommo was almost back to full fitness before suffering a setback when his quad went, and while nobody would have wanted the current situation with the pandemic, it has given him a chance to be a part of the run-in of the season. ‘It’s been a long time – time’s gone so slowly’, he admitted. ‘I’ve been occupied with my little one, but I’m desperate to get out on the pitch’. Having only played a few games under new boss Gary Rowett before his injury, in a new role just behind the strikers, he felt he was learning and adapting his game – but concedes he will have to re–establish himself, and ‘hopefully push myself into a starting eleven when we get back started’.

Recovery has been harder, as the gym at Valmont Road has been closed, and Ben doesn’t have a gym at home, instead relying on Zoom sessions with sports scientists, and lunges and squats, and practising passing as much as possible. This week saw the reintroduction of small group training in groups of five, and Thommo revealed how the new set up is just about getting out on the pitch, with no unnecessary contact: ‘You get in, get tested and you’re out on the training pitch. Then after you’re straight back in your car and off you go. But we’ve been able to do sessions that we’ve not been able to do at home – small possession groups, passing drills. It’s progression and hopefully we’ll progress more in the coming weeks.

‘I can’t wait to get back out on a football pitch and play a proper game. I’ve still got a bit of fitness to gain, a little bit more ball work.’ And he added that whilst the team thrived on the hostile atmosphere of a home game at the Den, even without fan support, ‘we’ll be ready’.

Keeper Frank Fielding is also available again, recovering from an arm injury, whilst Jed Wallace is still a doubt with a knee injury.