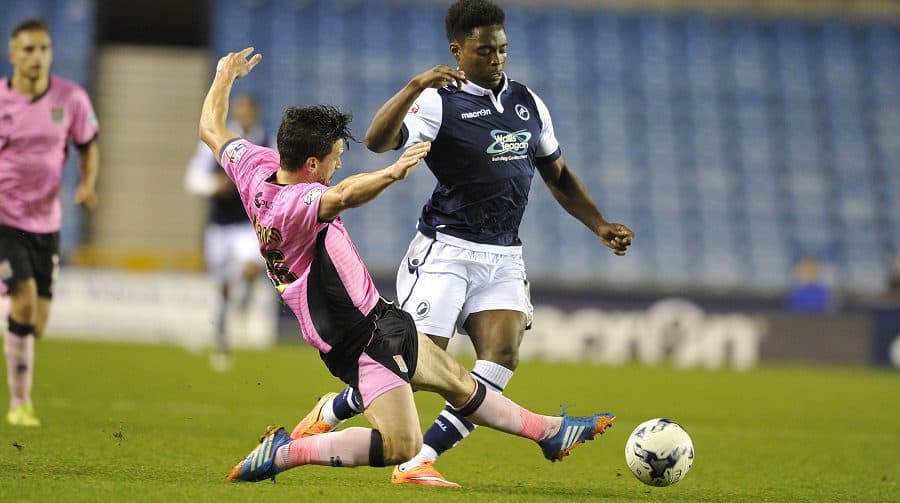 Fred Onyedinma is dreaming of a return to Wembley – but this time in a playing role.

The eighteen-year-old attacker returned to his parent club in the summer and has established himself so far in this campaign as a key member of Neil Harris’ side.

Millwall will learn their Johnstone’s Paint Trophy fate on Soccer AM this Saturday when the area quarter-final draw is made, with the decider in the 90,000-capacity stadium potentially just three games away.

“I went to Wembley last year with Wycombe,” Onyedinma said. “Unfortunately I wasn’t able to play but it would be a really good achievement to get there again.

“It’s what you dream of as a footballer. Not everyone gets to say they played at Wembley.”

Onyedinma started each of Millwall’s first eleven games of the season before being rested against Wigan and then coming on to score the equaliser against Gary Caldwell’s side.

And he feels his more mature approach to preparing for games is showing in his performances.

He explained: “My aim is to play as many games as I can and get better game by game. I feel I’m doing that and doing my bit for the team.

Following Tuesday night’s win over Northampton, when Onyedinma came on with the tie scoreless to offer Millwall a more elusive threat on the right, Harris has ten days uninterrupted to work with his squad before the next league game at home to Swindon on October 17.

Onyedinma hopes the fine-tuning done on the training ground will be evident against Mark Cooper’s side.

“We’ll look back on things now and what we could have done better and practise on the training ground. Hopefully then everyone will be fresh before the next game against Swindon.”