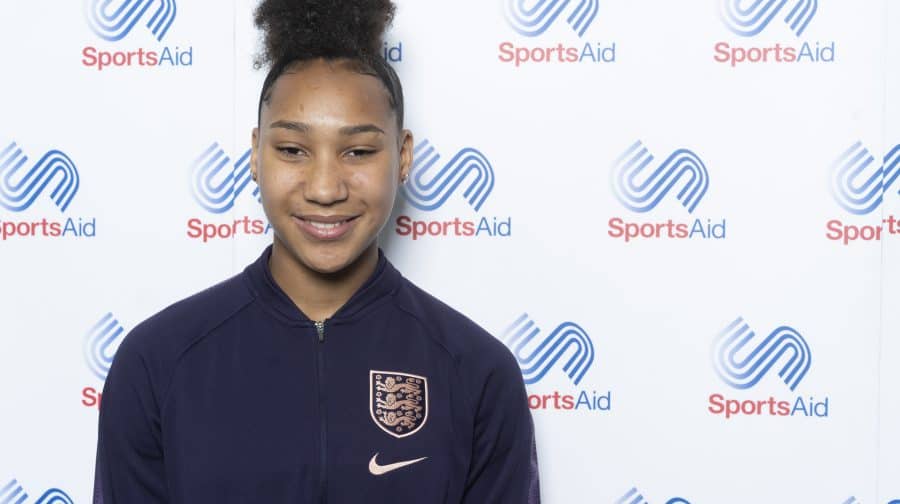 Peckham-based Ty Lloyd-Smith is mother to SportsAid-supported athlete Lexi, who currently represents both Chelsea Women Under-21s and England Women Under-17s having first been scouted by Arsenal Women at Under-11s level, writes Will Jennings…

It’s been a tale of relentless sacrifice and dedication for the pair since Lexi’s emergence.

The early years of her footballing odyssey were challenging from a financial standpoint, and the SportsAid support they’ve received since 2018, particularly through the Backing The Best programme with Sport England, has helped to provide equipment, facilitate travel and instil confidence into her journey.

“We used to have to fundraise by baking cakes, painting kids’ faces, and selling chicken we fried on the barbecue!” Ty, 45, said.

“The SportsAid money enabled us to buy sports equipment, helped with education, funded extra food and now pay for driving lessons, which isn’t sports related but will enable Lexi to get to her football and manage without me.”

Finances weren’t the only obstacle that threatened halting Lexi’s progression. When she first started out playing for Southwark Cribbs FC, after being inspired to take up the sport following a stroll in Peckham Rye Park, she discovered a common reluctance among the boys in the team to pass to her.

It didn’t take long for the tables to turn, however, as the determined young starlet set out on a journey hell-bent at proving her doubters wrong.

Lexi was enjoying a globetrotting tour with her England age-group side prior to the outbreak of the COVID-19 pandemic, marauding the right wing on pitches all over the world as she attracted first-team interest from Arsenal, West Ham United and Brighton & Hove Albion.

But it’s the international set-up where she harbours her ultimate ambitions, targeting a fruitful career as a Lioness as the women’s game continues to exponentially expand.