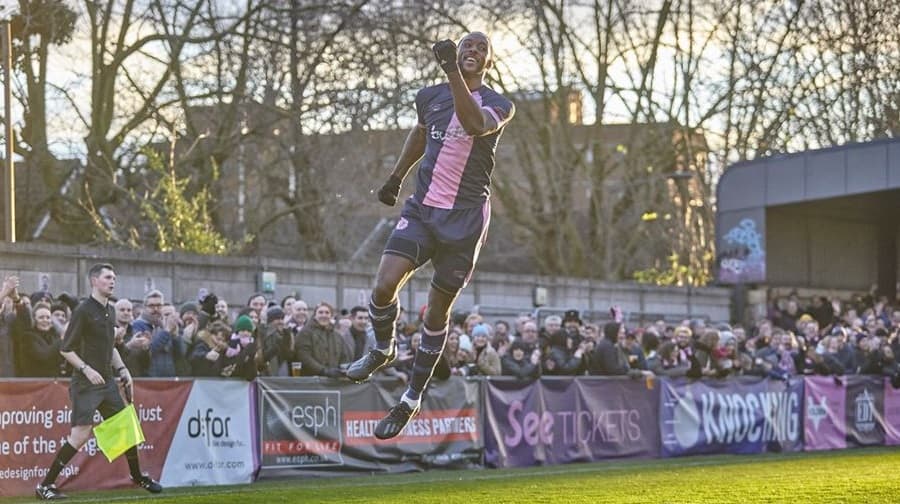 Dulwich Hamlet had Shamir Mullings to thank for a point at Champion Hill on Saturday, as his injury-time equaliser saved their unbeaten start to 2020 against Chippenham Town.

Cook’s side dominated the opening exchanges, though striker David Pratt and left-back Jay Foulston both failed to test Charlie Grainger in the Dulwich goal, before Mullings fired straight at ex-Bristol Rovers stopper Will Puddy.

Gavin Rose’s team have tightened up defensively in recent weeks, but struggled to create openings in front of a comfortable Chippenham back four. A looping header from Mullings, which forced Puddy to gather on the back-pedal, one of few first-half moments for the 3,100 crowd to respond to.

It was not until Rigg’s brilliance, exquisitely turning in a floated cross from the Chippenham left, that Hamlet clicked into gear. Rose reacted to the blow by introducing attackers Nyren Clunis and Danny Mills in search of an equaliser, which immediately encouraged a more direct approach.

Versatile midfielder turned right-back Ben Chapman hammered the post from the edge of the box in the final quarter of the match, before Mills headed over what might have been Dulwich’s last big opportunity.

But Champion Hill would erupt in the 90th minute, when Mullings stroked in a third goal since joining on loan from Aldershot via a deflection. Minutes later, the striker almost won it, but could only find the top netting with a close-range header.

Hamlet stay in fifteenth place in National League South following the result, ten points off the play-offs and five above the relegation zone.