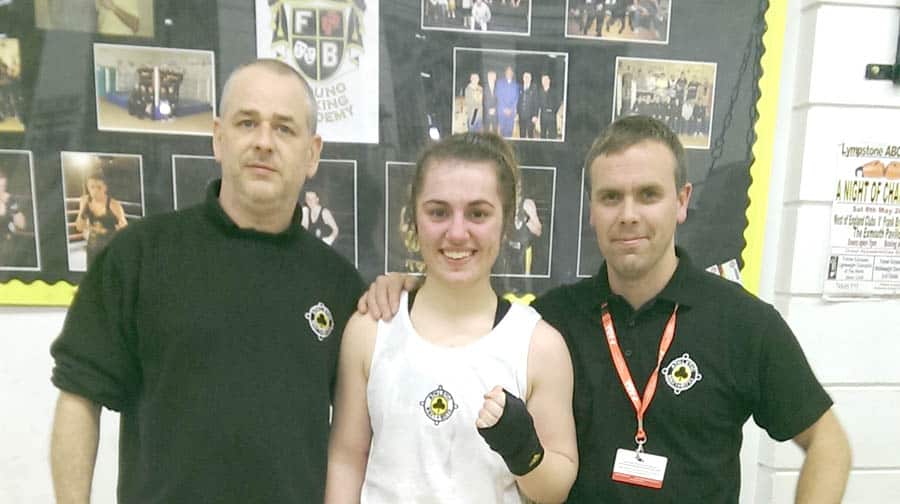 Seventeen-year-old Ellie Scotney will be gunning for European gold next month after being selected for the EUBC (European Boxing Confederation) Women’s Junior & Youth Championships.

The Lynn fighter will represent the English ABA in Keszthely, Hungary in a tournament that gets underway on August 15. The teenage boxing sensation, who has picked up English and GB junior boxing crowns this year, will fight in the under 60kg weight category and her trainer thinks she will be gunning for the top of the podium. Lynn head coach Samm Mullins said: “I have said it before.

This girl is something else. People said the ABA’s would be too much for her after a handful of fights, and she won them, and the same was said before the GB competition which she also won.

I am confident she will deliver and I would expect her to medal. Knowing her as I do she will now focus on the job and she will not want to come away with anything less than the gold medal in Hungary.”

He added: “She went up for a trial as she won the ABA and GB crowns this year and it was a case of one of four girls who would go. “I was told she smashed it and now she has booked her place going to Hungary.

“I have said I think she is the English Katie Taylor and I meant it. People are now taking notice of her, the GB squad representatives have been asking where she has been hiding. “I tell them she wasn’t hiding they weren’t looking.

“She just has to focus now and I know she will and I have every confidence she will deliver. She will want the gold medal and I think she can get it too.” The Lynn fighter is part of twelve women squad, six juniors and six youth boxers, with Scotney being the English youth representative in the 60kg category.