Millwall’s Harris will assess options before any transfer move 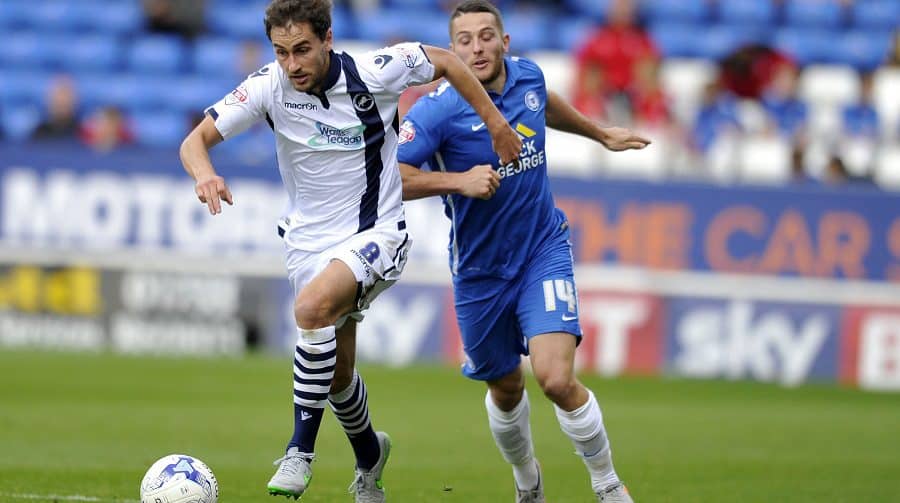 Millwall could be forced back into the loan transfer market after Neil Harris confirmed on Tuesday night that midfielders Jimmy Abdou and Ed Upson are set for significant spells out of the side through injury.

Abdou damaged his shoulder just four minutes into last Saturday’s defeat to Peterborough, while Upson suffered a knee injury in a collision in the second half of that game.

Upson could be sidelined for up to six weeks with Abdou facing an even longer stretch out.

That leaves the Lions lacking experience in midfield with Jack Powell (21) and George Saville (22) starting against Northampton on Tuesday and Ben Thompson (20) coming off the bench.

Harris now has time before the next league game to consider if he needs reinforcements.

He said: “I can’t hide the fact that they’re two really important players for us. Jimmy is Millwall, he just gives us that spirit and energy.

“Ed’s done really well. We talk about players making an impact whether starting or coming off the bench and he does that. He gets the way we want to play, they both get it. They’re big losses, but then other people will get the opportunity.

“We have an opportunity to work with George, who did really well. Lee Martin has come back into the side and gave us something different, the positions he was getting in were great and I was really pleased with him.

“There will be opportunities for young lads. Jack got his chance, Ben came on in the last two games and I thought he was outstanding when he stepped onto the pitch, so we’ll see.”

Southwark NewsSportMillwall’s Harris will assess options before any transfer move