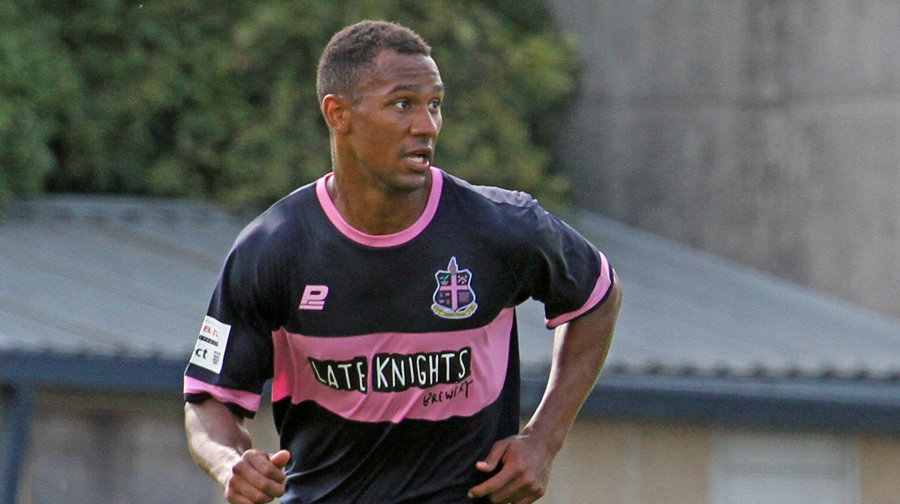 Hamlet defender Mitchell Nelson netted for the third consecutive game on Saturday but his goal was not enough to stop Dulwich exiting the FA Trophy.

In the end the Pink and Blues lost 2-1 to Vanarama National League side Guiseley AFC but Nelson almost forced a replay in injury time only for his effort to hit the woodwork.

The narrow defeat, thanks to first half goals from Guiseley’s James Hurst and Anthony Dudley, was no disgrace against a team who operate two divisions above the Champion Hill side in the non-league game.

Hamlet have signed Gus Sow from St Albans City in the last week and the midfielder made his Dulwich debut last weekend when he made a late substitute appearance. Dulwich were displaced as leaders of the Ryman Premier League whilst in cup action last weekend after title rivals Hampton & Richmond Borough picked up three points away at Canvey Island.

The 4-0 win saw Hampton leapfrog Hamlet to take top spot but Dulwich will take that position back if they won last night when they travelled to bottom side Lewes for their latest league outing. To find out that result, and the latest Hamlet news, visit www.pitchero.com/clubs/dulwichhamlet. This Saturday Dulwich are on their travels again as they take on East Thurrock United, a fixture that gets underway at 3pm.