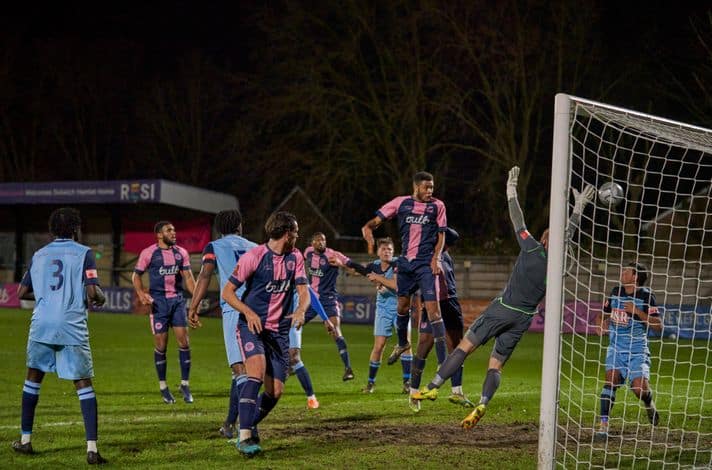 It was a comfortable win for the Hamlet against Cheshunt. Photo: Ollie Jarman

Dulwich Hamlet host Hornchurch in the third round of the FA Trophy this Saturday after their 3-1 win over Cheshunt on Tuesday night at Champion Hill.

Gavin Rose’s side continued their recent good run of form and against their Isthmian League Premier Division opponents to book a place against another seventh-tier side in the Urchins.

Goals from Giovanni McGregor, Quade Taylor and Danny Mills had Dulwich in complete control by the 57th minute, before Anderson Pinto consolation five minutes from time.

It was the last game in front of their home supporters for the foreseeable future, after London was placed into Tier 3 of restrictions the following day.