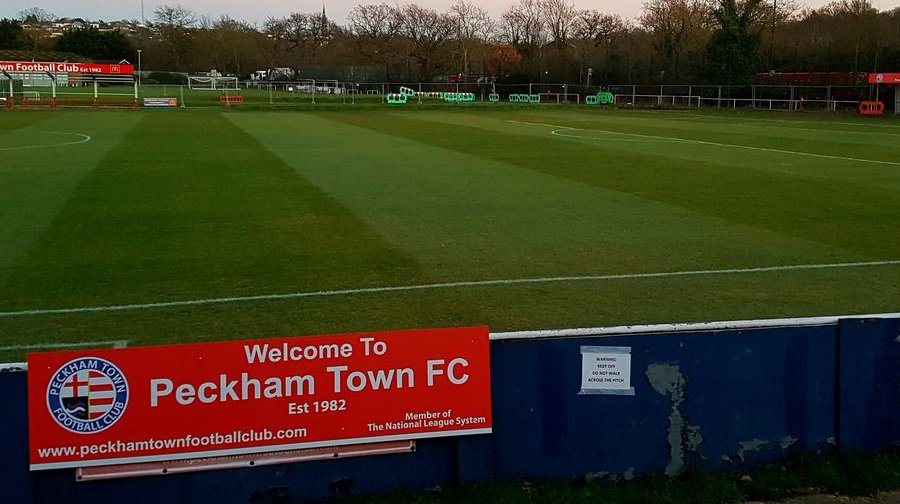 PECKHAM TOWN football club are asking people to write to Southwark Council to support their applications for the installation of floodlights at the Menace Arena.

The lack of that facility has cost them promotion four times previously.

They want people to: “outline the great work that Peckham Town does by providing football opportunities for a range of groups across the community – kids, women and disabled etc. Over the last thirteen years, the club has delivered youth opportunities through football to over 2000 young people on housing estates throughout Southwark.

They added: “Peckham Town is very inclusive – encouraging sporting use from all sections of the community – unlike some of the more exclusive higher cost sporting facilities in the local area.

“The floodlights are a modest, but important enhancement to the existing facility, which will allow Peckham Town’s men and women’s teams to carry on their existing activity in an improved way. It will allow activities during the darker months to continue at a similar time as they already do in the lighter months. This will provide enhanced sporting opportunities for many local people.”

It also urged people to “express the lack of floodlights have prevented the men’s first team from progressing up the non-league system. Promotion has been prevented on four separate occasions.”

It also stressed that there would be “no impact to openness” and floodlights “would not have a material impact on residential properties”.

Comments must be submitted (search ‘18/AP/1204’ on the Council planning portal) to Southwark Council by June 1.