Peckham coach Phillip: ‘The lads stepped up and did themselves proud’

The Menace get their promotion bid back on track 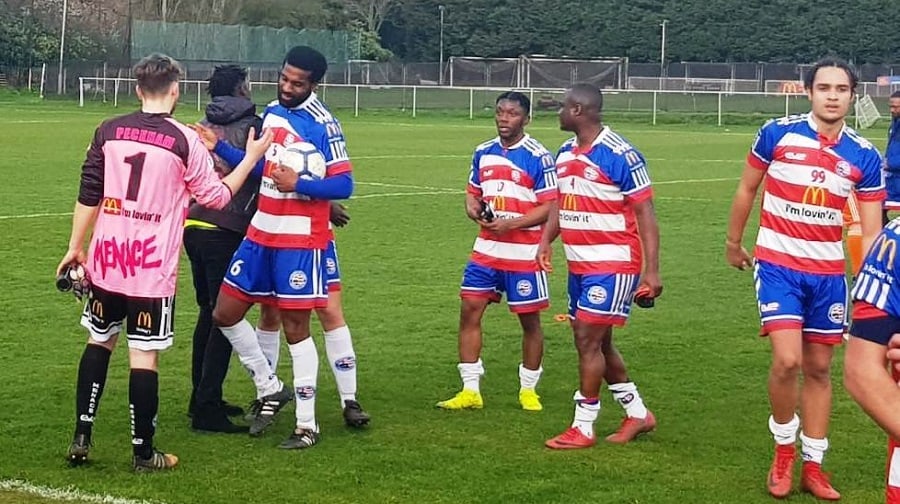 PECKHAM TOWN rung the changes after failing to beat Borden Village the previous week and were rewarded with a win over bottom side Stansfeld in the Kent County Premier Division.

The starting XI showed six changes and the side got the victory to put their promotion bid back on track.

Peckham started the game on the front foot and created a number of early chances before the deadlock was broken midway through the half when Nicky Meta cut in from the left and hit a curling cross-cum-shot into the top corner to open the scoring for the hosts.

A young Stansfeld young side acquitted themselves well for the remainder of the half, and frustrated Peckham’s efforts to extend their lead.

Peckham continued to look for a second goal, but Stansfeld’s high pressing game was frustrating their attempts to move the ball forward.

Town finally extended their lead with just over 20 minutes left when Benson Aderibigbe dribbled in from the left wing and fired home to seal the win.

Mary Phillip, Town’s head coach, said: “We had a much-changed side this weekend. The lads stepped up to the challenge and did themselves proud.”

The Menace play their last home game league game on Saturday, March 30, when they take on Bexley at 2.45pm. The three remaining fixtures are all away from home.

You can also keep up with all the Menace’s latest news on Twitter and Instagram by following @PeckhamTownFC.

Southwark NewsSportPeckham coach Phillip: ‘The lads stepped up and did themselves proud’