The east African country of Somaliland is being devastated by drought and famine, which is uprooting families desperately seeking aid camps 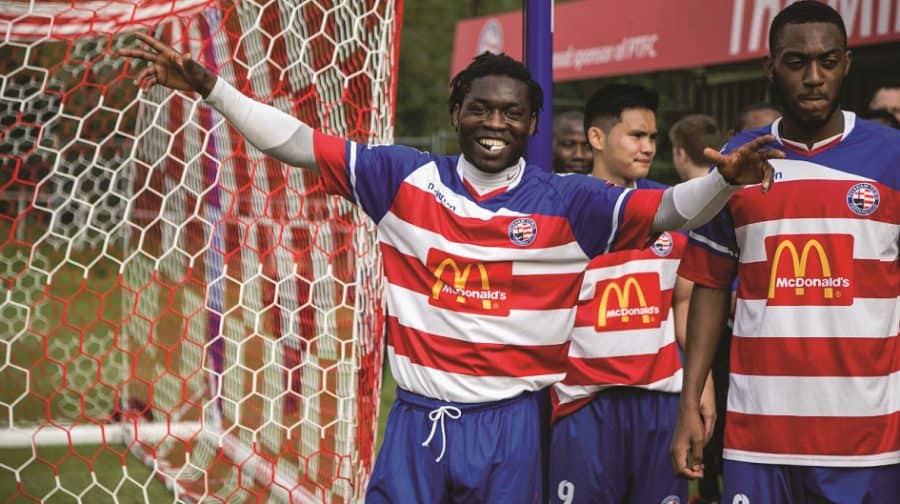 There was a carnival atmosphere at the Menace Arena in Dulwich Common last Saturday, when Peckham Town took on Somaliland in an international charity friendly.

Over £600 was raised for the DEC East Africa crisis appeal and Somaliland Lifemakers.  Fans from other clubs, Somali Diaspora and the local community bolstered the regular Peckham Town fans, with 120 in attendance.

The league season is over for Peckham Town, who finished in third place in the Kent County Football League Premier Division table, and the day’s events were a fitting way to celebrate a promising first season in the division.

The club has kept entry free at the Menace Arena, which is situated off the south circular at the south end of Dulwich Common, and the club is encouraging people to attend games there next season.

Peckham Town are noted for playing an attractive brand of football, and have their sights set on climbing higher up the non-league pyramid. Chairman Bryan Hall and manager Alan Jacobs are moulding a successful operation on and off the field.

At the weekend, the club did its bit for charity. The east African country of Somaliland is being devastated by drought and famine which is uprooting families desperately seeking aid camps. The money raised will go towards easing their plight. On the pitch, there was little between the sides in the first half and it was scoreless at the break. After half-time, though, the greater fitness of Peckham was the difference, and a brace from Taurean Roberts and one apiece from Kamura Ogunkoya and Samuel Strong gave them a 4-0 win.

The fixture was also notable for the return to action of Ali Abdullahi. The 25-year-old midfielder suffered a broken jaw and a fractured eye socket when he was struck by an opponent during a league clash with Stansfeld Oxford in November. Abdullahi needed surgery at King’s College Hospital, but has now recovered and clearly enjoyed his first game back at the weekend.

For all the latest club news go to www.peckhamtownfootballclub.com