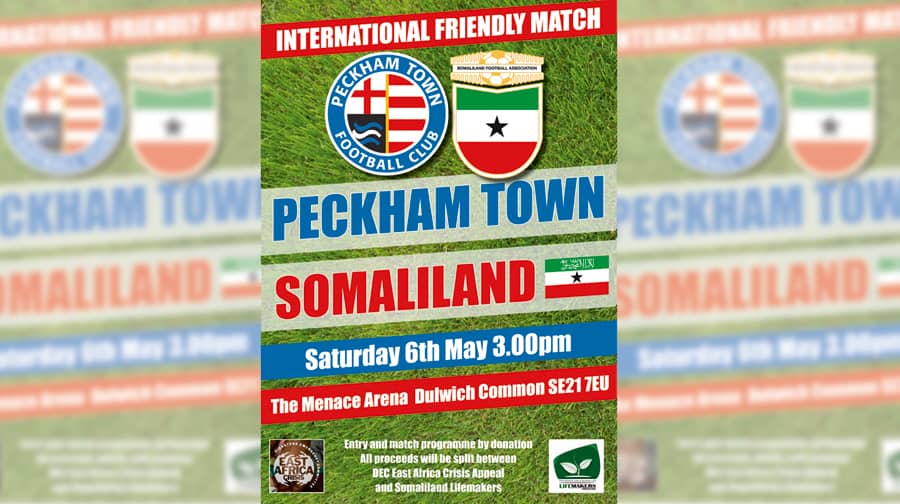 PECKHAM TOWN are hosting international football at The Menace Arena in aid of charity.

The Kent County League Premier Division club will play Somaliland, with proceeds to be split between the Disasters Emergency Committee (DEC) East Africa Crisis Appeal and Somaliland Lifemakers. Somaliland is currently being ravaged by its worst drought in over a century, leaving thousands of people starving and forcing families to flee to makeshift camps. The charities organise humanitarian projects and encourage young people to volunteer.

I hope that many in the local community, fans of other clubs and Somalis from near and far turn out to support both teams. “I am confident we can raise a good sum of funds that will help saves lives in this really difficult time for Somalis and other countries in east Africa.” The match kicks off on Saturday May 6 at 3pm.