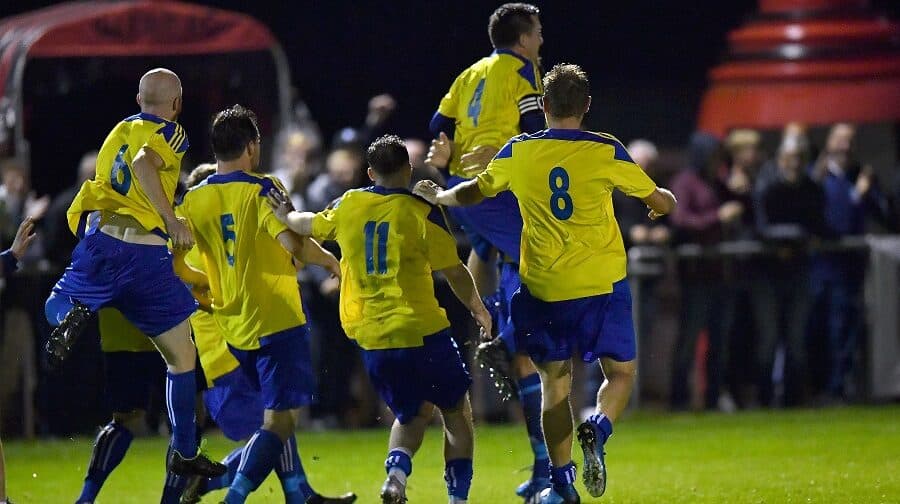 Stansfeld made history with their first-ever FA Cup participation last weekend – and they were in no mood to see their journey end after one round as they dramatically defeated Punjab on penalties.

The SCEFL Division One side beat their opponents, from the league above, 4-3 in the shootout after coming from two goals down in a 3-3 draw in the extra preliminary round of the world’s oldest cup competition.

It looked to be a close contest on paper but it didn’t go according to that prediction early on as the visitors scored twice in the opening 20 minutes, with George Goodwin heading home a corner before Ben Francis doubled the lead almost immediately.

Punjab could have punished their hosts even more in the first half but were denied by the woodwork, while some heroic defending from the hosts prevented them being all but out of the competition after the first 45 minutes.

Stansfeld showed tremendous resilience despite playing against the slope on the Foxbury Avenue turf in the second half.

And the comeback was on when Freddie Cray powerfully headed home a Joe Minter cross in the 52nd minute.

Five minutes later and the home side were level. It was Cray again, as he latched on to a through-ball before rifling home the equaliser.

The visitors then rallied, and a deep ball from the left was superbly headed home by Goodwin for his second of the game giving Punjab the lead with 20 minutes left to play.

Roared on by a record Foxbury crowd, Stansfeld tried to find a way back into the game and were rewarded for their endeavours five minutes before the end when right-back Billy Parkinson found a second equaliser to send the tie into a penalty shootout.

Both sides scored their opening spot-kick before each goalkeeper made fine saves to keep it level as nerves jangled.

Stansfeld got their chance when Charlie Cottrell saved Punjab’s fifth penalty, giving Billy Shinners the opportunity to seal his side’s place in the preliminary round. And the experienced front man kept his composure, dispatching his spot-kick and sending the raucous crowd into raptures.

Stansfeld have to quickly get ready for their next tie. They host Little Common, from the Southern Combination Football League Premier Division this Saturday.