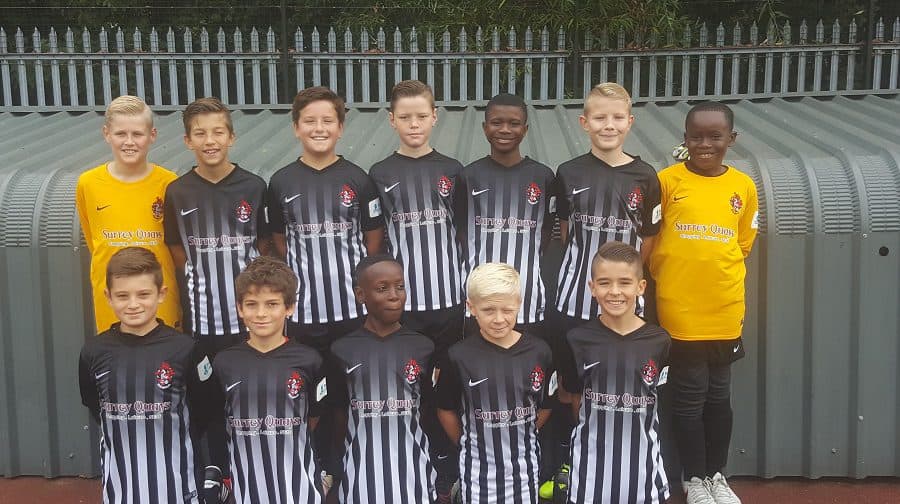 After a lack of a pre-season due to summer holidays and illnesses, Docklands under-11’s start to their season was predictably difficult.

Along with getting used to new coaching staff in Jamie Mehmet and Charlie Pearce, the youngsters had to get to grips with a number of changes, such as bigger pitches and the offside rule.

Despite taking the lead in their first two games, the team suffered heavy defeats, losing 6-2 to Northfleet Eagles and 10-4 to Petts Wood Ravens.

However, after some words from the coaches and some training drills, the side have now won their last four, conceding only three goals.

A 4-1 win over Ebbsfleet United was followed up by a 3-1 success against Footscray Lions. Following that, consecutive victories over Welling United (2-0) and Istead United (3-1).

(Docklands under-11s would like to thank Surrey Quays Shopping Centre and British Land for sponsoring the team this season with new playing kits, training tops, tracksuits and training equipment.)

Ollie Sheppard added four more to his ever-growing total – and won the Man of the Match trophy to boot – whilst strikes from Frankie Lane (2) and one each for Bjorn Thomas and Tyresse Alli completed the rout.

Docklands under-7s staged an almighty comeback in their last game against Lewisham AFC, coming from 4-0 down to draw 4-4 – that remarkable feat following a 5-1 victory in their first game.

The under-10s were victorious away, winning 3-2 at Junior Red Spartak as birthday boy Frankie McShane claimed the Man of the Match award, whilst the under-15’s were involved a 1-1 draw against Petts Wood.

Docklands dominated most of the match, but found the opposition goalkeeper in inspired form.