Out of cup, but Hamlet turn on style to mark International Women’s Day 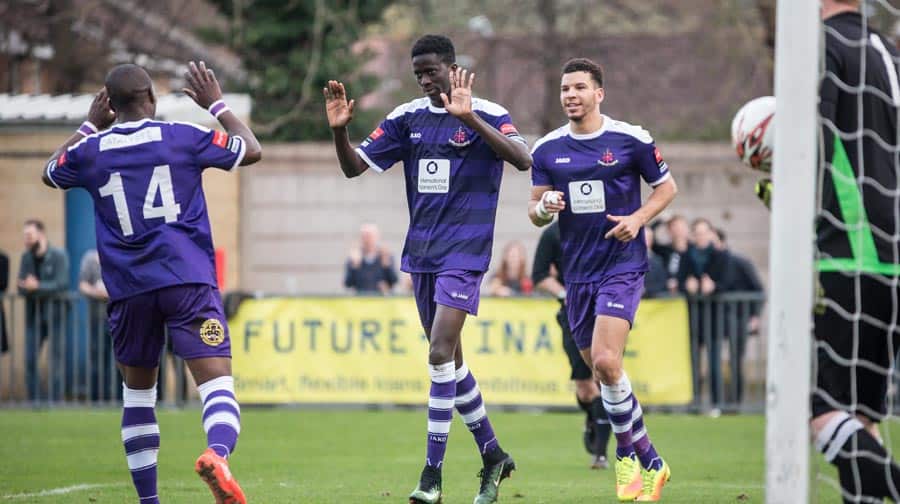 DULWICH HAMLET tumbled at the penultimate stage in their attempt to reach the final of the Alan Turvey Trophy on Tuesday night.

Alex Akrofi put Tonbridge Angels ahead in the ninth minute before Kenny Beaney levelled with a free-kick for his side.

A much-changed Hamlet were dominating but there was controversy in the 31st minute when Dumebi Dumaka was through on goal before being hauled down by Liam Smith.

The referee gave the penalty but failed to send off Smith, who had denied Dumaka a clear goal-scoring opportunity. To compound that, Ibra Sekajja saw his spot-kick saved by Jonathan Henley.

There was another hint of controversy before the home side went back in front five minutes after the break. Hamlet were on the counterattack when the referee stopped the game to allow attention for Akrofi, who went down after a clash with goalkeeper Preston Edwards. From the drop-ball, the recovered Akrofi crossed to former Brentford striker Nathan Elder to nod home.

Gavin Rose’s side again felt hard-done by as they searched for another equaliser when Dumaka appeared to be shoved to the ground in the penalty box. Tonbridge sealed their place in the final with fourteen minutes left, Akrofi prodding past Edwards for his second.

It was a better afternoon at the weekend for the Dulwich side, who wore special one-off purple kits at Champion Hill to celebrate International Women’s Day. And they turned on the style on the pitch as well, cruising past Merstham 5-0 in their Isthmian League Premier Division clash.

Away goalkeeper Josh Smith made a number of early saves before Hamlet took an inevitable lead when Gavin Tomlin set up Nathan Green for a tap-in.

Tomlin doubled the lead in the 24th minute and ten minutes before half-time it was three, Tomlin curling home a brilliant free-kick after Green had been fouled. Hamlet refused to let up, and Tomlin turned provider with still less than an hour played as Dipo Akinyemi’s header crossed the line despite the efforts of Smith.

That all set up arguably the goal of the game. Hamlet swiftly moved the ball from right to left, Beaney and Green then exchanged passes before substitute Panutche Camara sublimely turned in the box and shot past Smith for this first goal for the club.

It was a fitting finish to a celebratory afternoon. Afterwards, Alex Atack, Dulwich Hamlet Supporter’s Trust vice-chair, said: “The International Women’s Day celebrations at Champion Hill on Saturday were fantastic.

The kit looked great and the fans really seemed to get behind it with a number of them wearing their own alternative purple shirts. “What’s more, the team achieved a comfortable 5-0 win to continue our push up the league.’