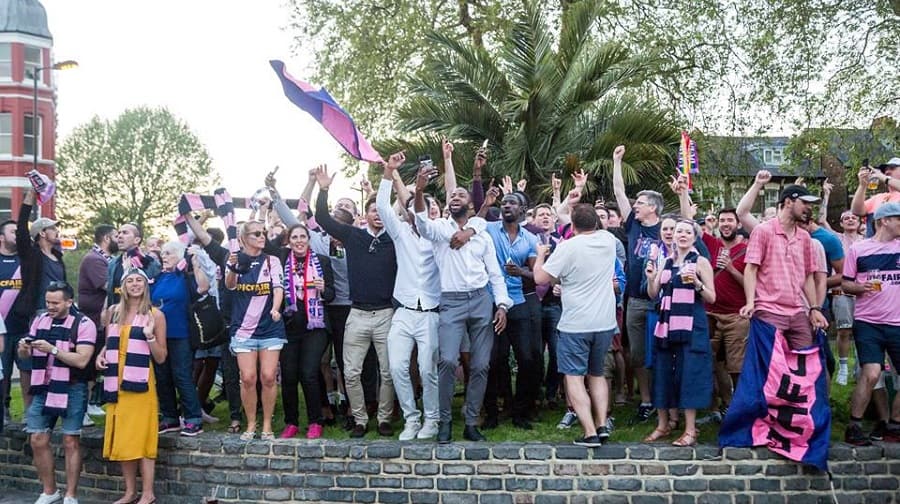 LAST SATURDAY, I embarked upon my first away match on the Dulwich Hamlet supporters’ coach.

I felt a nervous excitement before arriving at the pick-up point – nervous as to whether, as a newcomer, I would fit in among fans committed enough to spend their entire Saturday travelling to and from Bath; and yet excited by the prospect of an entertaining day out.

My nerves were settled immediately by the warm greeting I received.

I was soon introduced to Mishi – a Dulwich fan of over 40 years, who was to provide me with both wisdom and entertainment throughout the journey.

One fan, Jack, had chosen to celebrate his birthday with the day out to Bath. And the celebrations were not just restricted to his friends – the entire coach was offered a slice of cake, including me.

Another, Dave, had brought a keg of lager on board, and had offered me a pint almost before I’d taken my seat.

This communal atmosphere was perhaps best embodied by Clare, who was undeniably the mother figure of the group, despite being decades younger than many of the other supporters.

Clare produced a seemingly endless supply of food and drink throughout the journey, ensuring everybody around her was all well looked after.

All except Mishi, that is, who adamantly refused Clare’s offer of olives or M&S sandwiches on the grounds that they were far too posh.

Soon, a raffle took place with a hilariously bad selection of prizes.

The most notable was a CD of the classical musician, Pierre Monteux. The unwanted prize ended up being played at full volume as Mishi chanted along and another fan acted as conductor.

After three long hours, the coach entered Bath’s beautiful city centre. The quaint Roman town was disrupted by the noise of an invading Anglo Saxon Rabble. One unlucky local woman was advised to stop stuffing cake in her mouth or she wouldn’t fit her wedding dress – I was choking back the laughter.

The jaunty atmosphere continued at Twerton Park. Both sets of fans mingled cheerily before the game and the Bath goalkeeper enjoyed a particularly lively relationship with the Dulwich fans.

The journey home was much more of the same. Even the bus driver got involved – giving us a factually suspect guided tour around Stonehenge. As our Bath Odyssey neared its end, the sirens of south London sounded around us, and we eventually reached our Ithaca, Champion Hill. It had been thoroughly enjoyable.

The sense of community among the supporters is what has struck me the most in the short time I have followed and reported on Dulwich Hamlet. Rarely have I felt such a sense of solidarity with sports fans so quickly. Perhaps one day, give or take a few front teeth, I could pass for one of them.