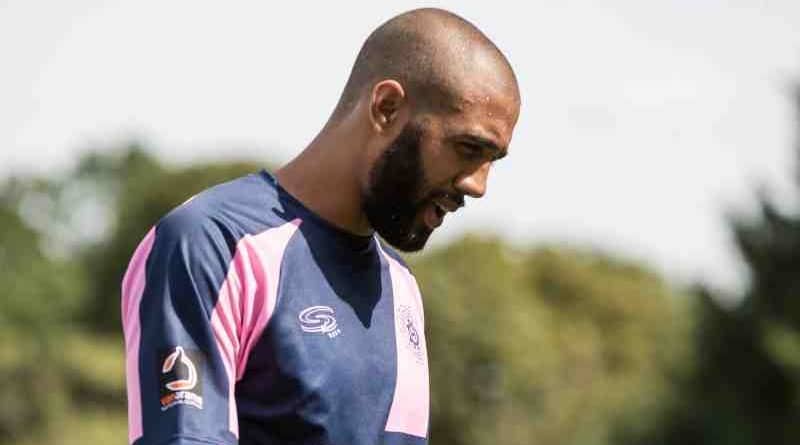 DULWICH HAMLET endured a frustrating defeat against Bath City, in front of a crowd of 869 at Twerton Park on Saturday.

The Londoners dominated the first half, putting together some excellent passages of play and taking an early lead through Nyren Clunis. Dominic Vose, in particular, was excellent and controlled the midfield.

However, they appeared to run out of steam in the second period, conceding two soft goals. They were never able to recapture their early dominance, and headed home disappointed.

The game was off to a fast start with Clunis and Anthony Cook looking dangerous running in behind the Bath City full-backs.

After only three minutes Vose played Sanchez Ming through and it appeared Dulwich had won a penalty for a clear foul. However, the referee pulled play back for offside to the Hamlet fans’ ire.

Bath’s relief was short-lived, however. In the eighth minute, Vose this time played Clunis in behind the home defence and he slotted the ball calmly past Bath keeper Ryan Clarke.

Clarke was subject to some highly entertaining baiting from the Dulwich fans throughout the opening half, but responded with an admirable smile on every occasion.

Gavin Rose’s side almost doubled their lead in the 13th minute when Ashley Carew sent over a dangerous corner, but Magnus Okuonghae headed over.

With 25 minutes gone, Carew chipped into the path of Quade Taylor wide on the right. He pulled the ball back for Clunis but with the goal gaping the Dulwich winger could only fire over the bar from 12 yards.

In what has become a theme in recent weeks, Dulwich’s build-up play was excellent, but they lacked a clinical presence up front.

Gavin Tomlin added nice touches and a good work rate, but lacked genuine threat. The closest he came in the opening half followed more excellent work from Vose. The Dulwich number 10 played Tomlin in on the right side of the area, the striker threw a dummy shifting the ball away from the defender, but blazed his shot just wide.

Bath only tested Preston Edwards in the final seconds of the half. The ball looped to the edge of the Dulwich area from a corner and was met on the volley by Ross Stearn. The Bath midfielder’s shot looked goal-bound but Edwards produced an excellent save low to his right to keep it out.

However, the momentum of the game swung after the half-time break. Just after the restart, Adam Mann lofted a free-kick to the back post, the ball was dangerously reversed across the face of goal by Sean Rigg and turned home at close range by Ryan Brunt.

The visitors appeared disheartened after conceding. The frustration of being level after dominating for the entire first half seemed to weigh on the players. They were unable to control the midfield as they had done in the first half. Bath now looked the team most likely to go on to win it.

On the hour mark Tomlin made way for Dipo Akinyemi and Carew was then replaced with Nathan Ferguson, but neither player could reinvigorate the away side.

Frustration began to kick in on both sides as Okunoghae and Bath goal scorer Brunt confronted each other, leading to bookings for both.

What would prove to be the decisive moment came after 72 minutes. Dulwich failed to clear a free-kick properly and Daniel Pappoe kept the ball in play when it could have been left for a goal-kick. The ball ricocheted around the area before falling to Brunt who, once again, finished with aplomb.

Bath nearly increased their lead 10 minutes later as Stearn played the ball out wide to Adam Mann, who cut inside on his left to force a strong save from Edwards.

Hamlet’s best chance to earn a point arrived with five minutes to go when Cook sent a brilliant ball over the top to Akinyemi. Despite being well-placed, the striker squared the ball to Jay May who squared it again to Clunis. However, the winger’s shot was saved by Bath’s keeper, Clarke. The attack was symptomatic of the lack of a clinical edge possessed by Dulwich’s frontmen.

The South London side have four points from their first five games of the season, leaving them 17th in National League South. Bath are in sixth after three wins on the bounce.