Millwall slip back into the Championship relegation zone 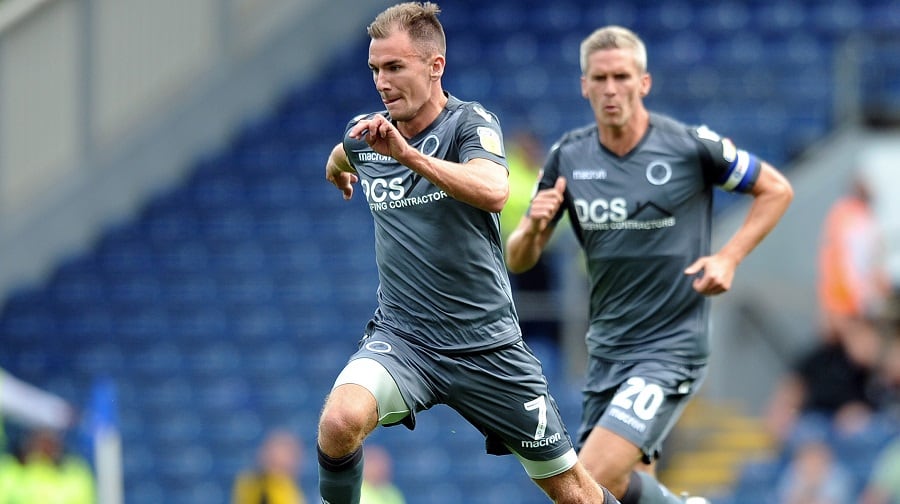 MILLWALL saw another controversial refereeing decision go against them as they lost at Reading on Saturday afternoon.

A minute before the break, Mahlon Romeo appeared to win the ball in his box in a tackle on Tyler Blackett, but referee David Webb pointed to the spot, and Sam Baldock found the top corner.

Five minutes into the second half Tom Elliott headed Shane Ferguson’s free-kick back across goal but the ball came back off the crossbar.

With three minutes left, Reading sealed just their third league win of the season, Meite heading home a corner at the back post.

First half – Millwall have 13 shots on goal; Reading score from their two on target

Before Reading went in front, Millwall had 11 shots on goal, and five on target as the Royals found themselves bombarded and could barely get out of their own half.

Neil Harris had named an unchanged side for the second successive game, with one change on the bench, Shaun Hutchinson replacing Byron Webster.

Millwall’s front four attacking players had the freedom to roam and the away side could have taken the lead 11 minutes in after a slick, first-touch passing move. Shaun Williams played the ball to Lee Gregory who found Ferguson and the winger had already spotted Jed Wallace’s run into the box, but goalkeeper Anssi Jaakkola stuck a leg out to save Wallace’ low effort.

The Lions forced six corners in the opening 18 minutes, Reading dealing with the initial balls in but Millwall players immediately gaining possession again. Jake Cooper went close to giving his side the lead but Jaakkola saved his header with nothing to spare on his goal-line.

The Royals then almost went ahead from their first real attack, Liam Kelly striking the post with a low shot from inside the box before Romeo brilliantly blocked Meite’s follow-up effort.

After all the visitors’ efforts on target – they had seven in total before the break – the Royals went 1-0 up when Meite headed home Blackett’s cross.

Eleven minutes before half-time, Harris’ side were back level, Wallace showing his goal instincts in the box after another corner to fire in his second of the season.

Reading imposed themselves more towards the end of the half, but their second was tinged with controversy, as least going by the reaction of some of the Millwall players. Romeo slid in on Blackett near the left edge of the area and seemed to get the ball. Webb hesitated, before giving a penalty and booking Romeo. Several Millwall players continued to protest to Webb after Bladock had made it 2-1.

Second half – Lions throw everything at Reading, but Royals stand strong

Millwall took that anger into the second half but Elliott, yet again this season, was out of luck as his header hit the woodwork.

The Lions then had Ben Amos to thank for preventing a third Reading goal. After Romeo was dispossessed on halfway, Meite was sent through on goal, but Amos spread himself to save.

Cooper was booked against his former side for a foul on John Swift to stop a breakaway, after the Royals had defended a succession of crosses into their box.

Millwall had a penalty appeal in the 69th minute when Cooper was shoved as he challenged for Ferguson’s corner, and moments later the Northern Ireland international thumped a volley towards goal, but Jaakkola saved.

From almost the same scenario at the other end, Reading made the points safe as Meite arrived unmarked at the back post to head home Leandro Bacuna’s corner.

Again it seemed Millwall were on the wrong end of a poor refereeing decision. The reaction of the Lions players said a lot.

Millwall hadn’t conceded twice or more away from home and won since last January at Leeds. Elliott was having a quieter afternoon than against Aston Villa in the previous game, but the sense that Millwall’s luck was out was added to when his header hit the bar.

And with just three minutes left, Reading scored their third goal from just their fourth shot on target of the game.

It was unlucky 13 for Millwall, a seventh defeat in those games, and they slip back into the bottom three.