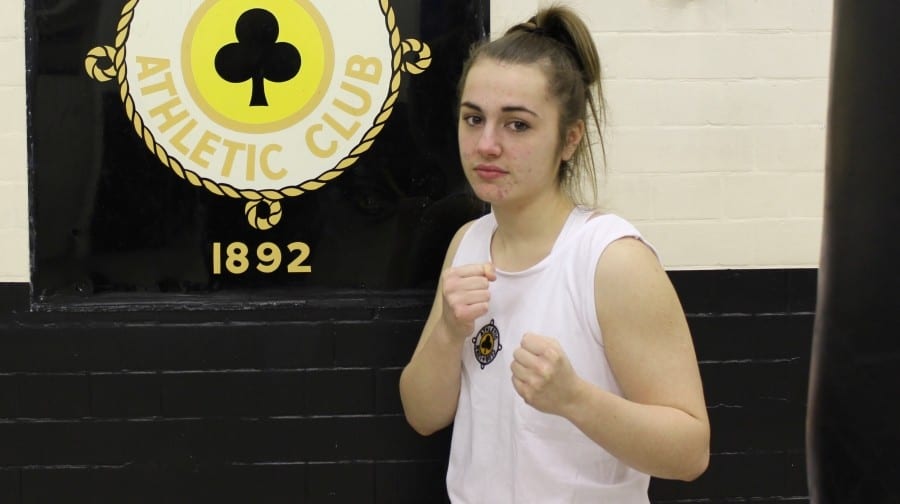 Sixteen-year-old Lynn fighter Ellie Scotney picked up her first win in an England vest when she took on Irish counterparts in Dundalk last weekend.

On Friday she overcame Ciara Sheedy before putting in an impressive display in defeat against Ciara Ginty, who medalled at the last Youth Olympic Games and will be part of the Ireland team for the upcoming World Youth Championships.

Her coach at Camberwell boxing club Lynn ABC stated it was another impressive weekend for the boxing rookie.

Samm Mullins told the News: “She has only had eight bouts and she took on somebody who is ranked five in the world in the juniors and beat her.

“The England trainers were delighted with her she took on somebody who is rated even higher and we are told she lost a close decision.”

He added: “She has come a long way very quickly so it’s time for her to take a little break. I mean more from the international scene as that takes it out of you.

“We might put her out on a few club shows but we want to look after her and make sure she is good in the long term.”