Play-offs are a minimum requirement this season. 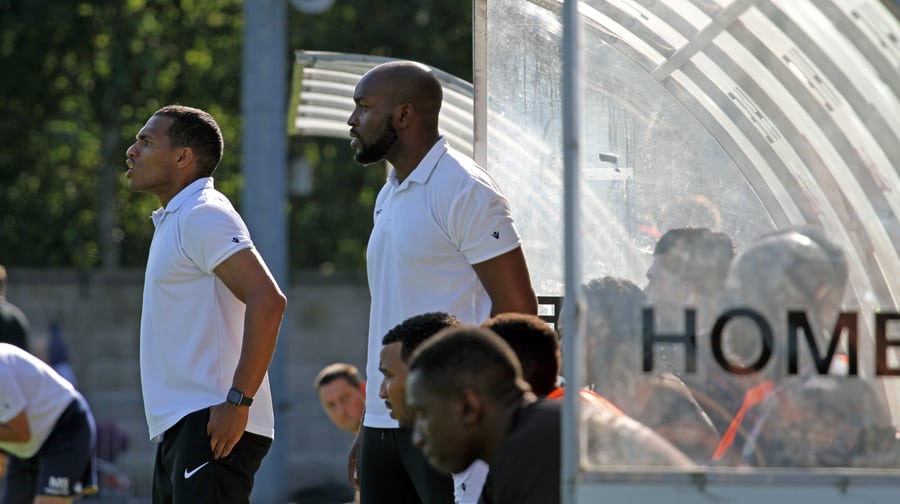 Dulwich Hamlet boss Gavin Rose has set his re-shaped squad a target of the play-offs as a minimum requirement this season.

Sides under Rose have been play-off regulars, three of the last five seasons plus one season where they were promoted as Champions from the Ryman League South, and the Pink and Blues manager is expecting nothing less that that this campaign.

He told the News: “Without being disrespectful I would say that play-offs are the minimum target for us this season. But that entails a lot of hard work and you may have to win 24 to 25 games to get there.

“So consistency is a key. Sometimes it is not always about the best players but also those with the right attitude and character that can help achieve that consistency.”

He added that the Ryman Premier Division title is within his squads capabilities if they can find that one essential ingredient. “Of course we want to win the league and go up automatically, and all being well we have what it takes to do that,” Rose said.

“But that is ten months and 46 games of hard work, and again consistency will be key if we are to get near that target.”

The Champion Hill gaffer stated that he re-shaped last years play-off finalist squad as there was little chance of achieving more with them, something that has led to familiar faces returning to the club.

Former Hamlet players Daniel Carr, Michael Chambers, Sanchez Ming are amongst a raft of players now on the playing roster, with a large number of last years squad leaving the club.

But eyebrows were raised when Xavier Vidal, who was a key member of the 2012/13 Championship winning Dulwich side, went to Premier Division rivals Merstham rather than making a return to Champion Hill.

Rose said: “We were not really aware he was available, I would have thought he would be playing in the National Conference next season.

“By going to Merstham maybe he wants to start again and get plenty of playing time as he had a tough year at Welling last season.

“Maybe he wants a fresh voice in his ear, and that can work, and I hope it works out for him and he continues to develop as a player.” Hamlet start their league campaign with a trip to AFC Sudbury in Suffolk on Saturday before playing their first home league game of the season the following Tuesday against Enfield Town.