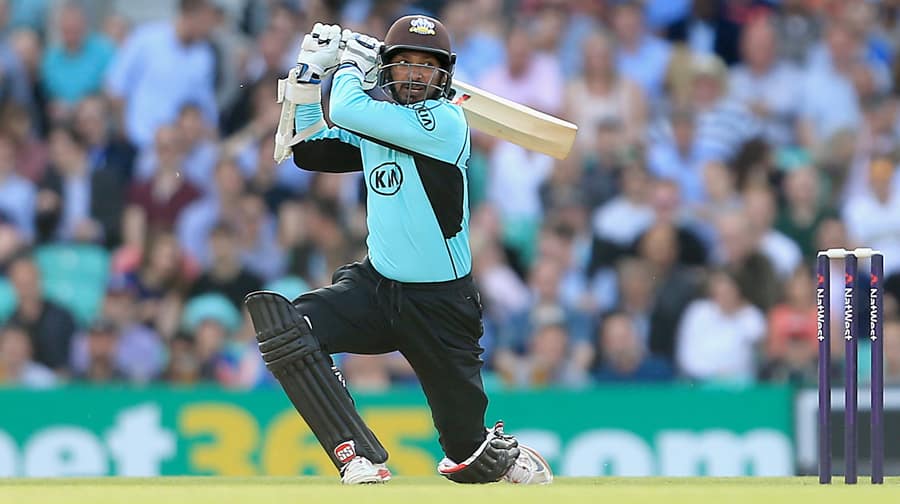 A half century from Kumar Sangakkara couldn’t stop Surrey falling to defeat against Essex in the Natwest t20 Blast last Friday, leaving the Kennington club rooted to the bottom of their qualification group.

The Kia Oval outfit have lost three of their four t20 outings this campaign and to move on to the knockout stages of the competition will require a rapid turnaround in results.

Last week the Sri Lankan top scored with 58 off 38 balls in Surrey’s effort of 169 at the Kia Oval but the total looked well short of what was required, and Essex proved this was the case.

In the visitors’ reply Matt Dunn got two early wickets for Surrey but Ravi Bopara, with 57 off 48 balls, and Tom Westley, who notched 55 off 41 balls, stabilised the innings and did much of the work to ensure Essex made it home with four balls to spare. Surrey’s form in first class cricket has been far better this season and last week’s draw with Division Two leaders Lancashire leaves them in the promotion places in the table.

The Kennington outfit batted well in both innings with Jason Roy accumulating another century in the Surrey’s first innings with a knock of 143, his highest score in the first class game. Aussie James Faulkner effectively ended Surrey’s chances of a win when he scored 121 in Lancashire’s reply, and with strong support from the lower order the game headed for the inevitable draw.

On the final day Surrey openers Rory Burns, 110 not out, and Zafar Ansari, 66 not out, batted out 61 overs leaving Kevin Pietersen sitting in the pavilion for what could be the final game of his English county career. Surrey’s fine County Championship form continued this week when they defeated Leicestershire at Grace Road by 178 runs. For the latest Surrey news, visit www.kiaoval.com.