Sangakkara urges Surrey to be more ‘flexible and strategic’

Kumar: 'In T20 you have to be totally flexible in your approach. It’s not just about having one plan, it’s about having a Plan B and a Plan C and so on' 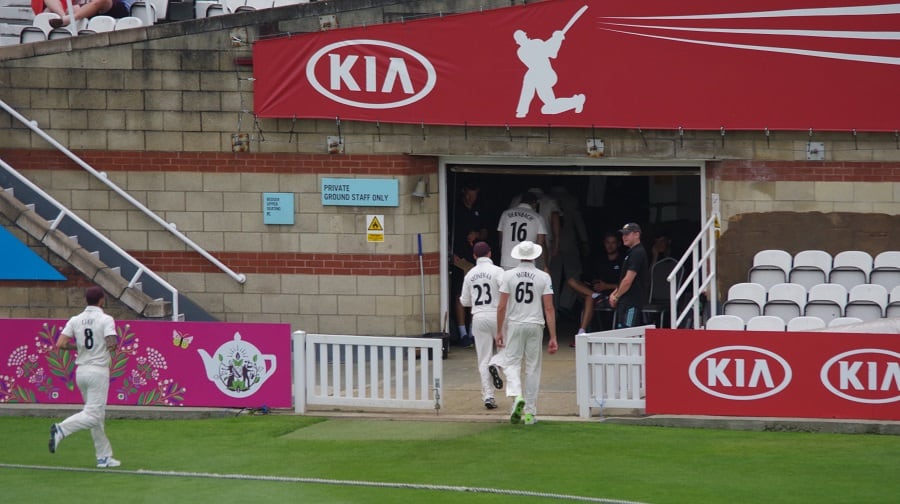 Kumar Sangakkara has told his former Surrey team-mates that they need to adopt a more flexible and strategic approach if they are to improve their T20 fortunes in this year’s Vitality Blast and in future seasons.

The great former Sri Lanka batsman, speaking on Sky Sports, said: “I think Surrey may need to focus more on strategy in T20, and this is something that has been going on for four or five years now.

“Every single thing in T20 is now analysed, and you have to be so tactically aware. I believe it is something that Surrey need to work on very quickly.”

Sangakkara, who was made a life member of the club after his three years as a hugely-popular overseas player at the Kia Oval from 2015 to 2017, went on to hint that Surrey in recent seasons have perhaps concentrated more on four-day championship and 50-over cricket than the shortest format.

They won the Specsavers County Championship in some style last year and reached three successive Royal London One-Day Cup finals at Lord’s in 2015, 2016 and 2017.

He added: “In T20 you have to be totally flexible in your approach. It’s not just about having one plan, it’s about having a Plan B and a Plan C and so on. And your analysis [of how you play] has to be more specific – it is so important. “

Surrey claimed the inaugural Twenty20 Cup in 2003, but have not won the competition again since that triumph under Adam Hollioake.

Last year they narrowly missed out on a quarter-final place, finishing fifth in the South Group, and this season they find themselves second from bottom with just one win from their first six matches, plus a thrilling tie against Sussex at Hove.

Injuries to the likes of Jade Dernbach, the club’s T20 captain, Ben Foakes and Liam Plunkett have disrupted the start of Surrey’s T20 campaign – indeed, a chronic injury and unavailability list has been the constant background story of the county’s summer so far – but, as Sangakkara also said, there is still a lot of talent in the Surrey squad.

He picked out batsman Ollie Pope as a prime example, adding: “He’s very explosive and has all the ingredients to be a high-quality international player.”

Surrey are this week preparing for back-to-back Vitality Blast matches on Thursday and Friday evenings, and both games – against Middlesex at Lord’s and then at home to Gloucestershire at the Kia Oval, respectively – look like being 25,000-plus sell-outs.

The latest ticket sales information from the ECB, meanwhile, indicates that Surrey are on course for an aggregate attendance of more than 150,000 across their seven home group matches this season.

Following the Gloucestershire fixture, a match that has been sold out for some weeks, Surrey will stage three more home Vitality Blast games: against Sussex Sharks on August 15, against Somerset on August 27 and then Essex Eagles two evenings later on August 29.

Club officials urge all supporters still to purchase tickets for those games to do so as soon as possible.

Southwark NewsSportSangakkara urges Surrey to be more ‘flexible and strategic’