The 17-year-old has swept the board domestically. 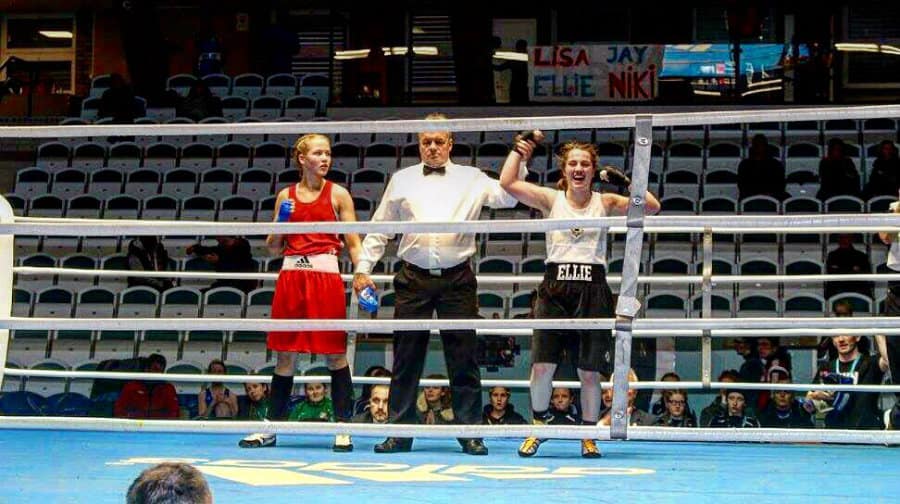 Seventeen-year-old boxer Ellie Scotney hopes 2016 will see her crowned European champion after a year where she swept board domestically.

The teenage Lynn ABC fighter picked up an ABA youth title and Three Nations crown this year but she subsequently underachieved at the European Youth Championship.

But the U60kg boxer bounced back in style last month when she won the Golden Girl Championships in Sweden, which included a win over World Youth Finalist and home favourite Stephanie Thour.

Scotney said: “It was a shock in some ways as the world number two who I beat was not even in my category [one for more inexperienced boxers] to start with, so to beat her and win it was amazing.

“I was over the moon at winning that competition as when I competed in the European Championships earlier in the year I didn’t do myself justice.

“I didn’t feel like I was myself in the Euro’s and I didn’t box as I should, but at the Golden Girls I went back to what I am good at and I ended up winning a gold and the best young boxer in the tournament.”

But overall the Camberwell based fighter was happy with her 2015, she added: “If I had to rate my year it would be a seven, maybe eight, out of ten. I won the ABA’s, the Three Nations and the Golden Girls tournament.

“Obviously the Europeans did not go the way I wanted and that is where I want to improve next year. I want to defend my ABA and Three Nations crowns and get closer to winning the Euro’s, obviously with the aim of winning them.”

She is now ready to forgo any Christmas celebrations to step up that next level: “I will not be an unknown next year so people will be planning to beat me.

“I also have to watch out that there isn’t somebody out there who will do what I did and come from nowhere to win things.

“I just have to work hard, probably harder than before, and look to beat the standards I set myself every day. If I do that, and box like I can do, in 2016 I think I can win all those titles.”

She added: “I can’t do all this without the support of a lot of people at the Lynn but also people and organisations who have supported me financially and in other ways.

“So with that in mind I have to thank Oxford University who have helped me out with kit and training camps and Rob Edwards who has provided invaluable support to me this year and in the past.”