Stansfeld battle back for second away league win this season 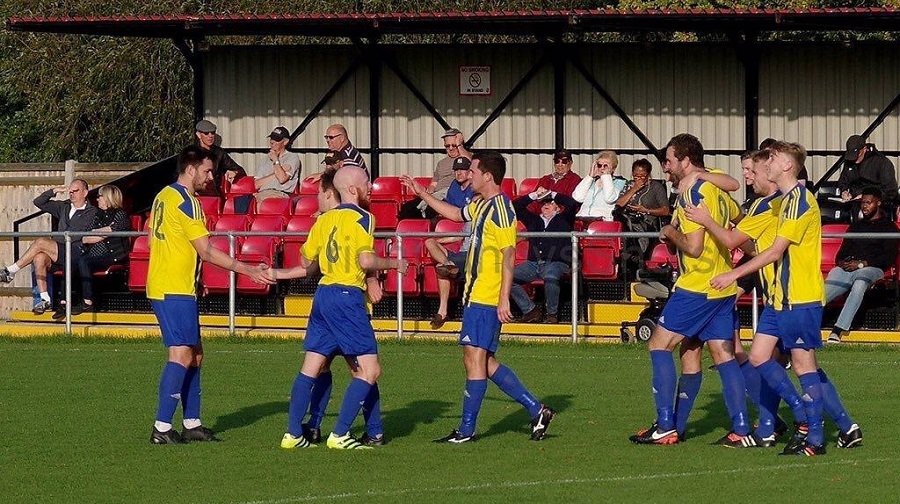 STANSFELD CAME from behind to earn three points in their SCEFL First Division clash against Bridon Ropes last weekend.

After putting in a good performance last week against Erith & Belvedere and not getting any rewards, Stansfeld’s opening play was a little nervous.

It was the home side who made the early running and had a few efforts from distance, none of which troubled the Stansfeld goalkeeper.

Stansfeld gradually started to get into the game and had a flurry of corners which the Bridon defence dealt with without too much concern. In the 22nd minute, Jake Williams went on a fine run but his effort went into the side netting.

Five minutes later the deadlock was broken, left-back Jordan Dawes ending up in the Stansfeld box to beat the advancing stopper and give the home side the advantage.

Stansfeld kept pressing and the Bridon goalkeeper was on top of his game, keeping out efforts from Freddie Cray, Same Ryan and Luke Rooney to ensure his side went into the break with a one-goal advantage.

In the second half, Stansfeld were immediately on the front foot and pressing hard, and they were rewarded with an early effort in the 52nd minute when after a corner had been cleared Joe Minter beat two players before firing a right-footed shot into the bottom corner.

A couple of minutes later, Stansfeld were in front after the ball fell to Casey Killilea who was bundled over as he was about to shoot. From the resulting penalty Luke Rooney fired Stansfeld in front.

In the final ten minutes, Bridon pushed more and more players forward in search of a goal, but the Stansfeld defence held firm to secure all three points.

Man of the match: Joe Minter

Stansfeld Reserves went down to Kings Hill 3-2 after twice leading through Dom Kamarli and Jake Biggs.

Stansfeld 3rds lost down 4-1 away to Sydenham Sports.