Seven up as Stansfeld hammer Crockenhill

Stansfled aiming to end season on a high. 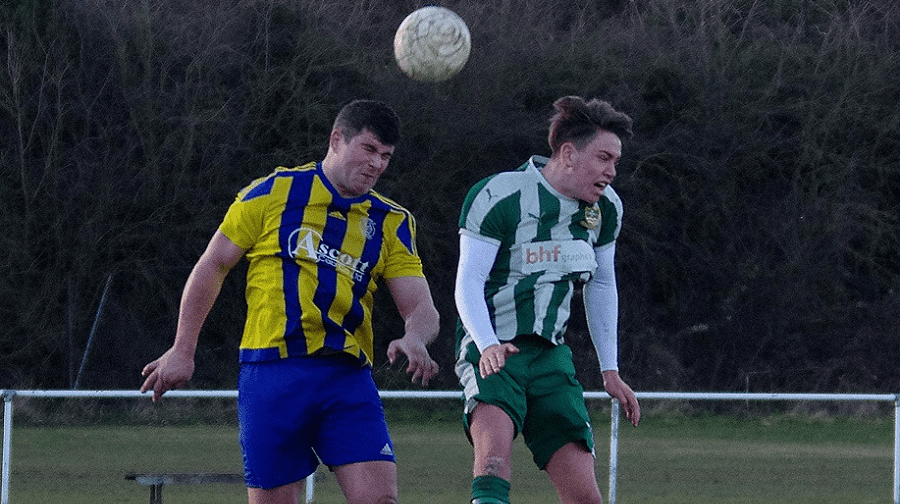 STANSFELD GOT a much-needed end-of-season boost with an emphatic 7-0 victory over lowly Crockenhill at Wested Meadows on Saturday.

Stansfeld got off to the perfect start with a goal after only one minute. A knock-down from a corner fell to captain Joe Bannan who smashed the ball into the roof of the net from close range.

Stansfeld continued to dominate for the rest of the first half and were denied on two occasions by the Crockenhill ‘keeper but a quick-fire double from Lennie Wise and Billy Shinners in the last five minutes of the first half put Stansfeld in a commanding position at the break.

In the second half, Stansfeld couldn’t add to their goal tally until the introduction of substitute Harry Gamble who helped himself to a hat-trick with efforts in the 56th, 75th & 89th minutes. Shinners got his second goal of the game in the 83rd minute.

Man of the match: Harry Gamble

Stansfeld’s final game of the season is on Monday, May 7 against Phoenix Sports Reserves at home. Kick-off is 1.30pm.