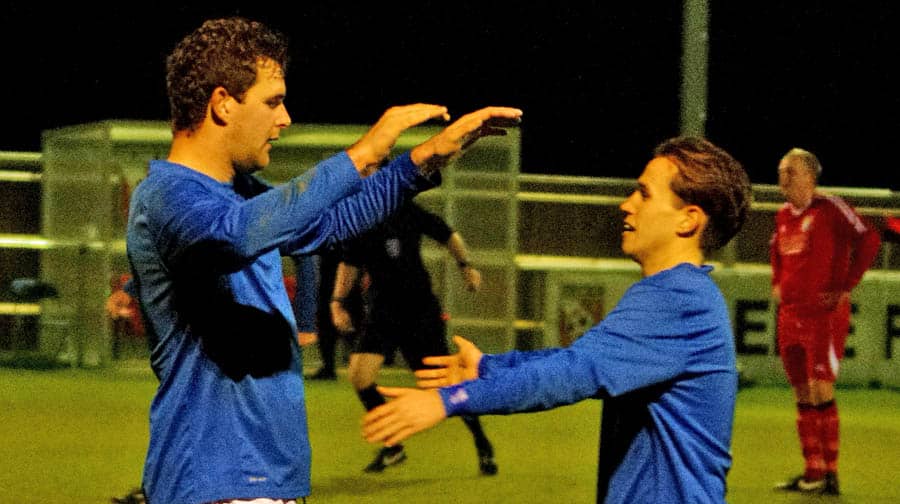 It was to be a case of ‘after the Lord Mayor’s show’ for Stansfeld last Saturday.

After last week’s record-breaking display at table topping Rusthall, the club were brought back to earth by bottom club Lewisham Borough in a game that saw Stansfeld have to come from behind twice to secure a point.

In a game low in quality and high on errors, Stansfeld struggled to reach the levels of previous weeks with a thoroughly disjointed and lacklustre performance.

After having three early efforts cleared off the line, the home side feel behind on 15 minutes, when a speculative shot from outside the box took a huge deflection off of Bobby Holley, wrong-footing Stansfeld keeper James Bradley before falling into the opposite corner of the net.

The scores were levelled in equally fortunate circumstances twenty minutes later, as the Lewisham keeper spilled the ball at Billy Jolley’s feet – the winger gratefully dribbling the ball into an unguarded net.

The trend of bizarre goals continued into the second half, as in the 65th minute, Lewisham took the lead once more.

A harmless looking shot from Reece Walker hit a bobble, looping up and over Bradley, who could only manage to push the ball into the net. Stansfeld introduced Ryan Hassan as they looked for a way back into the game – that initiated the bombardment of the opposition goal, with leading scorer Billy Shinners having two shots and two headers saved among several other chances.

The Lewisham defence was eventually breached for a second time with just ten minutes to go.

Luke Gamble intercepted a short-goal kick and played a pass into Shinners, who calmly finished with a shot into the bottom right-hand corner of the net – his fifth goal in three games.

Stansfeld thought they had won the game in the final minute, but Shinners’ effort was ruled out for offside. Next up for Stansfeld is a trip to Crockenhill in SCEFL Division 1 this Saturday.

Kick-off is at 3pm. In other news, Stansfeld’s new first team lost 3-1 away at Lydd Town Reserves. Paul Holdway scored the consolation goal.

The reserves, meanwhile, won 2-1 away at Orpington Reserves, with Danny Putt and Jesse Thackham on the score sheet.