Cricketing siblings Kira and Harry Chathli created a bit of Dulwich CC history on Sunday when they became the first brother and sister pairing to hit a half century each in the same contest. 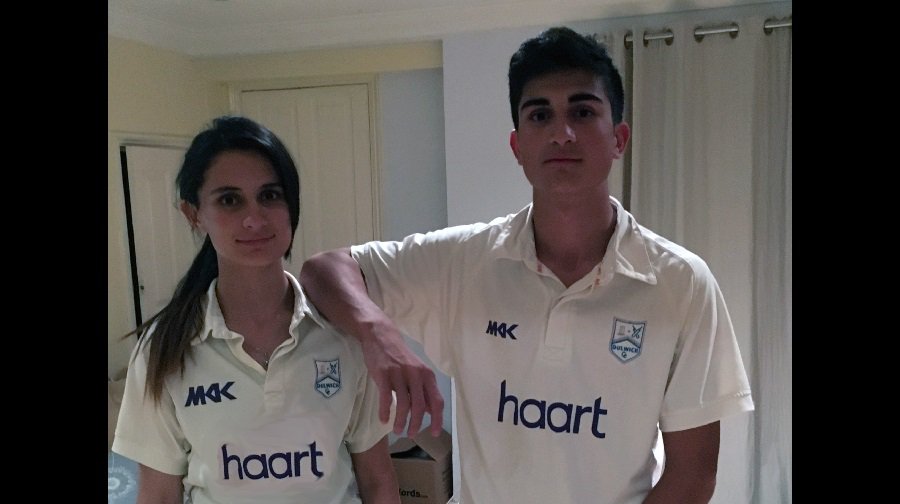 Kira Chathli, seventeen, has already made a name for herself with centuries for the Dulwich Ladies Cricket Team and her involvement with Surrey County Cricket Club.

But on Sunday it was the first time she has reached fifty in a men’s match and she became the first female to achieve this landmark in the club’s 149 year history.

Dulwich’s Development Team faced a daunting run chase when their Essex based opponents clocked up a score of 280-7 in their 40 overs at the weekend.

But although that target was beyond them, the young Dulwich side still replied with a commendable 203-5, which included 68 from Kira and an unbeaten 59 from fifteen-year-old Harry.

A club spokesman said: “It has probably happened elsewhere in the world of club cricket, but never before have a brother and sister recorded fifties in the same match for Dulwich.”

He added: “As an interesting postscript, Kira’s innings only came to an end when she was run out, in a mix-up with none other than, you’ve guessed it, her brother Harry.”

Dulwich Cricket Club has a thriving youth section, with opportunities for local boys and girls to get involved in the game.