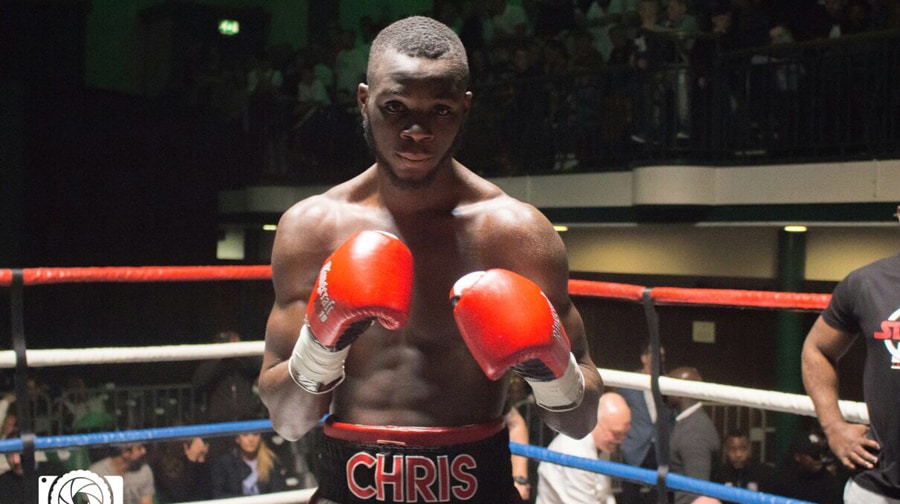 BERMONDSEY FIGHTER Chris ‘2Slick’ Kongo admits he must “impress to get a good deal” when he makes his television debut next month. In just his third professional fight, Kongo will feature on the undercard of Chris Eubank Jr’s IBO world super-middleweight title showdown with Renold Quinlan at the Olympia in Kensington on February 4.

Kongo has won both of his previous bouts since turning professional after he missed out on Team GB selection for the 2016 Rio Olympics. Twenty-four-year-old welterweight Kongo, who trains at Miguel’s Boxing Gym in Brixton, is also using that disappointment as motivation as he looks to catch the eye of promoters next month. “I got over it once I knew I was turning pro,” he said. “It’s a new chapter for me in my career.

The only way to get over it was to turn pro at the time and go on and express my anger and frustration in the ring.

“It’s on ITV and I have to impress to get a good deal. I’m not signed to anyone at the moment so I’m looking to impress and get some promoters knocking on my door from this fight. “From my debut I made some money because I sold about 260 tickets. I did quite well. “What’s helped me so far are my sponsors. They’ve been important in my career.

“There will always be pressure on an up-and-coming fighter, pressure to get to the big stage.

This game is not like the amateur game, it’s not necessarily how much skill you’ve got – it’s business.” Kongo also knows it’s more than just ability that gets a fighter noticed. “The main man ‘Sugar’ Ray Leonard, he’s the best fighter I’ve ever seen, he had everything,” Kongo said. “He had the defence, the skill, the footwork, the power. He was knocking people out. “You have to remember this game is a business and he had the charisma. They’re the ones making the most money.

“My family have been very big supporters of mine. I’ve got a bunch of mates who are helping me out in terms of management, more the promotional side and helping me with my tickets, my branding. I’m trying to get as much exposure as I can. “They (Whole9Management) approached me and said this is the vision they have for me.

“The other main aim for them is to ensure that I can focus on just my training, which I have been doing. We train every day, the majority of the time training twice but sometimes three times a day.

“They’re doing a great job at the moment.” And Kongo, whose last outing was a points win over William Warburton in October that followed a first-round knockout of Jason Nesbitt in August, has ambitious plans for the longer-term future as he fine-tunes his preparations for his big night. “Most of the hard work has been done,” he said.

“The week before the fight is resting time for me, watching my weight, watching what I’m eating and little things like that. “My ultimate ambition is to win a world title. I love this boxing game and I would love to have my own fighters win titles I’ll have won.

I also want to be a multi-weight world champion, not just at one weight.” At the time of going to press no opponent had been named for Kongo. The fight will be live on ITV Box Office, the channel’s first-ever pay-per-view event.