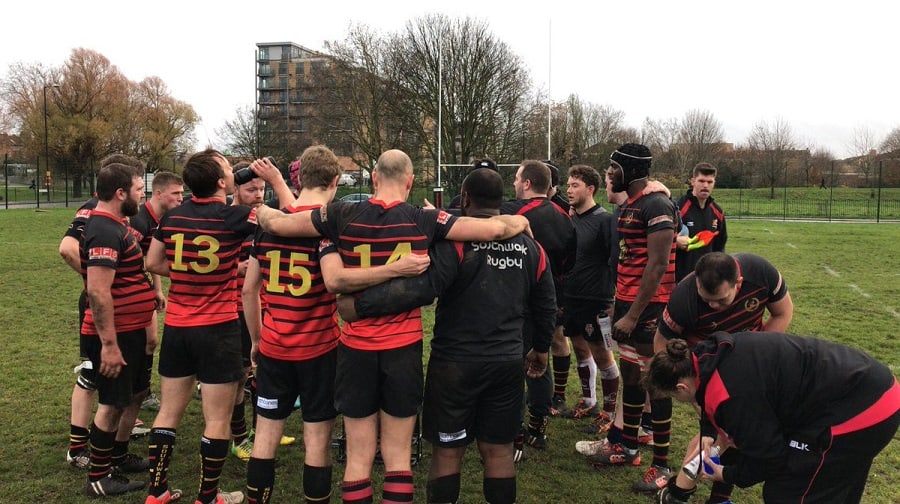 JOE BRACE said Southwark Lancers produced their “most complete performance of the season” last Saturday, as a storming 61-5 victory over Royal Bank of Scotland RFC at Burgess Park banked them a bonus point, to solidify third place in the league table.

After the previous week’s away loss to league leaders Ashford, Lancers were keen to reaffirm their position towards the top of the Shepherd Neame Kent 1 division.

The match began as a close contest, with a bulky RBS squad showing a strong defensive effort in the opening stages.

The hosts went 12-0 up before RBS got their only points of the game.

A Lancers penalty try re-established their dominance, and they piled on the points. “Our line speed in defence was superb, and in attack we starved them of the ball for long periods which then allowed us to run in four tries late in the game against a tired defence,” coach Brace said.

Lancers twice hit from the wing, with Ruairi Hourihane scoring and then assisting to run the score quickly up to 33-5.

Lancers were patient going through the phases after turning over possession, and pushed over the try-line again for a 40-5 lead – sealing a crucial bonus point.

Brace highlighted “immense” performances from back-rows Gus Woolley and Israel Sotonawa, adding that Oliver Mooney and James Hughes “controlled the game in the middle of the park superbly”.

Brace feels there is even more potential for improvement. “There is still more to come from this side and we are looking to get two more bonus-point wins before the Christmas break, to put us right in the mix for promotion.”